The pipeline project “North-South” from Karachi to Lahore will be implemented by the Russian company “RT Global resources”, a member of the state Corporation rostec. 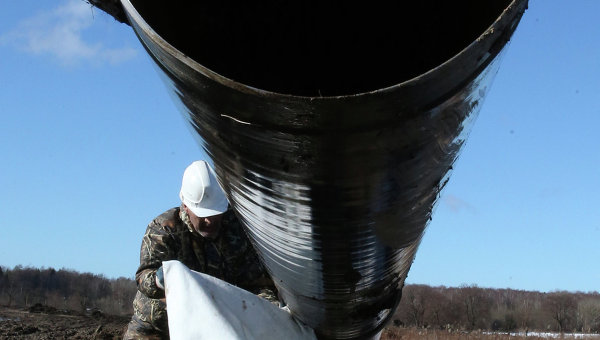 MOSCOW, 16 Oct. Minister of energy Alexander Novak and Minister of petroleum and natural resources of Pakistan Shahid Hakan Abbasi in Islamabad signed an intergovernmental agreement on construction of gas pipeline “North-South” from Karachi to Lahore; the project will be implemented by the Russian company “RT Global resources”, part of state Corporation rostec, said in a statement the Ministry of energy of the Russian Federation.

The gas pipeline which is 1.1 thousand kilometers with a capacity of up to 12.4 billion cubic meters of gas per year will connect the terminals for liquefied natural gas (LNG) in the port city of Karachi in southern Pakistan city of Lahore in the North of the country. At this point, it conducted surveys along the pipeline route.

The project will be implemented under the scheme BOOT (Build-Own-Operate-Transfer, build-own-manage-transfer). The constructed pipeline will be owned and operated by the project company for 25 years. During this period at the expense of the tariff for pumping gas is expected to recoup his investment with the required return, then the pipeline will be handed over to Pakistan.

“Russia and Pakistan have a long experience of successful cooperation, since the Soviet times. The construction of the gas pipeline “North-South” brings trade and economic cooperation between Russia and Pakistan to a new level”, — given in the message words of Novak. It is expected that the project will open up a new market for Russian companies in the energy, infrastructure, Pakistan, will provide contracts for enterprises of the Russian Federation.

“Currently, the densely populated regions of Pakistan — the Central and North — there is an acute shortage of energy resources. This limits the growth of the economy. The construction of the pipeline will be an important step towards addressing this issue and will serve as the basis for the development of cooperation with our Russian partners,” said Shahid Khakan Abbasi.

In plans of the government of Pakistan is large-scale development of fuel and energy complex of the country. At the moment the construction of terminals for the regasification of LNG in the city of Karachi. In the North of the country will be constructed the plant for which the gas pipeline from Karachi to Lahore will be supplied gas.