The disposal will enable the download of the production branch “Sukhoi Civil aircraft” and to stimulate demand of Russian airlines Sukhoi Superjet 100. 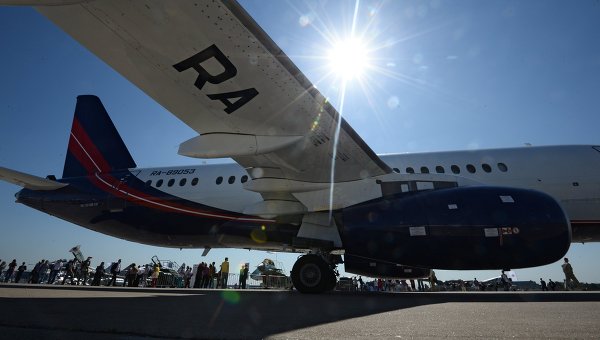 MOSCOW, 16 Oct. Prime Minister of Russia Dmitry Medvedev signed a decree on increase of the authorized capital of the State transport leasing company (STLC) for the development of sales of Sukhoi Superjet 100, the relevant document published on the website of the Cabinet of the Russian Federation on Friday.

It is reported that the disposal will enable the download of the production branch “Sukhoi” in Komsomolsk-on-Amur, will stimulate the demand of Russian airlines Sukhoi Superjet 100.

“Federal loan bonds total par value of 30 billion rubles transferred as payment under purchase contract by the Ministry additionally placed shares of JSC “STLC” total cost of 30 billion rubles and their subsequent implementation at face value. This agreement is concluded between the Ministry of transport, Ministry of industry and trade, Agency for Deposit insurance and PJSC “STLC”, — stated in the text.

This will allow PJSC “STLC” having solid contracts for delivery of 32 Sukhoi Superjet 100 aircraft, to form the source of funds for the acquisition and subsequent transfer of the Russian airlines aircraft rental or leasing, specified on the government website.