The question of the tasks of the party in election campaign in 2016 will be discussed on Saturday at IX (Oktyabrsky) joint Plenum of the Central Committee of the Communist party and CCIC. 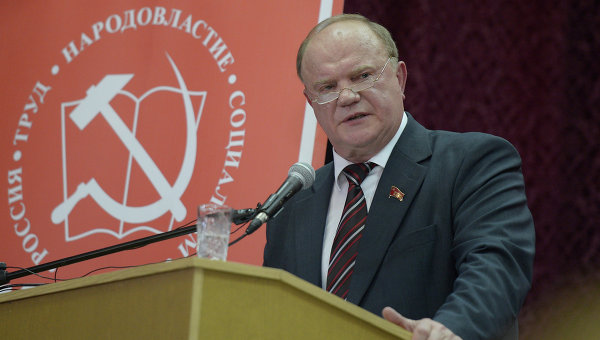 MOSCOW, 16 Oct. The leadership of the Communist party calls on party members to move at “supersonic speed” to prepare for the elections to the state Duma.

On Saturday will be held IX (October) joint Plenum of the Central Committee of the Communist party and CCIC, which will discuss the question of the tasks of the party in election campaign in 2016. Before party members will be made by the leader of Communist party Gennady Zyuganov.

First Deputy Chairman of the CPRF Central Committee, head of the Central headquarters of the party at elections Ivan Melnikov told journalists that the Communists plan to draw conclusions from a single day of voting, which took place in the regions of the Russian Federation on 13 September.

“There have been remarkable successes (the candidate of the Communist party became the Governor of the Irkutsk region), but there were results that cannot bring satisfaction. It is important to calmly sort through and strengthen the work in those directions where it is needed. Dan will fight any inertia to defeat in the system of elections in single-mandate constituencies, the desired supersonic speed and full mobilization,” — said Melnikov.

Also, according to him, the party leadership will deliver concrete political and technological challenges at the plenary session: from the completion of the software content to be included in the Arsenal of the Communist party the most modern means of communication.

“I also draw attention to the fact that we will discuss some Central, cementing Federal share of the party, which will be held through the entire election year political propaganda thread. Listen to members of the Central Committee about her possible options,” — said Melnikov.