The head of Transnistria Yevgeny Shevchuk noted that the working group planned to carry out the audit of all revenue generating enterprises of the Republic. 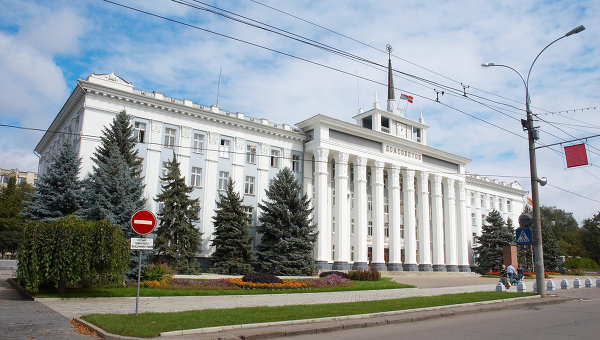 TIRASPOL, 16 Oct. Vladimir Sandutsa. Transnistrian authorities are negotiating the creation of the Transnistrian-Russian expert working group on investments and economic development, said Friday the head of the PMR Yevgeny Shevchuk on the TV channel “First Pridnestrovian”.

“We are negotiating. Expect appropriate arrangements to be made”, — said Shevchuk.

According to him, the working group planned to carry out the audit of all revenue generating enterprises of the Republic irrespective of their form of ownership with the audit of offshore transactions. It is also intended to identify the most perspective investment spheres of the economy, as well as the additional specific steps to minimize the crisis.

Since the beginning of year unrecognized Transnistrian Moldovan Republic is experiencing an acute shortage of budget funds. According to the government, the budget revenue of Transnistria does not cover half of all expenses. The government created the state Commission on the distribution of budget funds at the end of February adopted a decision on the payment of salaries to state employees and pension to 70% of the required funds. At the end of September Shevchuk has ordered to pay on October 1 of pensions and salaries to state employees in the amount of 80% of the required funds, i.e. 10% more than was paid every month since February.

Shevchuk stressed that advocated the payment of pensions and wages in full, but this requires an operating business and tax revenues.

Transnistria, 60% of the inhabitants are Russians and Ukrainians, sought to secede from Moldova even before the collapse of the USSR, fearing that on the wave of nationalism Moldova will join Romania. In 1992, after the failed attempt of the authorities of Moldova force to solve the problem, Transnistria has become virtually uncontrolled by the Chisinau area.