Program integration will be technical re-equipment and reconstruction of production capacities of Sevastopol “Sevmorzavod”. 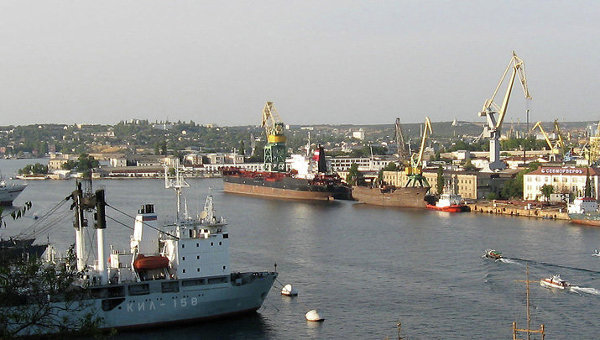 MOSCOW, 16 Oct. Sevastopol “sevmorzavod” officially became a branch of ship repair Center “Zvezdochka” on lease for 49 years, approved a roadmap for the integration of the plant of the United shipbuilding Corporation, said on Friday the press service of the USC.

Previously, “sevmorzavod” belonged to the President of Ukraine Petro Poroshenko, however, after entering the Crimea to Russia, the factory became a branch of Severodvinsk center repair “Star”.

“The thirteenth of October was signed the lease contract of the branch of JSC “cs “Zvezdochka” in Sevastopol’s main production facilities of state unitary enterprise “Sevastopol marine plant. Sergo Ordzhonikidze” for a period of 49 years. In addition, approved a roadmap for the integration of the sue “sevmorzavod” in the RSC”, — said in a release.

As part of the integration will be technical re-equipment and reconstruction of production capacities of the plant, that “in the future will ensure the smooth functioning and increase the scope of work of the enterprise”.