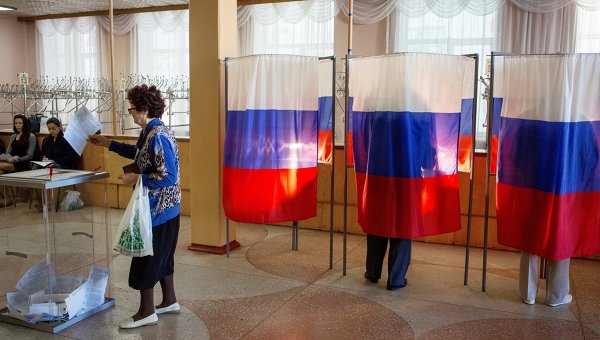 MOSCOW, 16 Oct. The state Duma adopted at a meeting on Friday in the second reading the bill on which it is proposed to combine the single voting day in Russia with the elections to the lower house of Parliament.

The leaders of the Duma factions EP, LDPR and CP, as well as house speaker Sergei Naryshkin has made the project in the spring session. The bill provides for the possibility of combination of day of voting at the next elections of deputies of the state Duma with the voting day at elections to bodies of state power of subjects of the Russian Federation, bodies of local self-government, that is, on the single voting day, which is the third Sunday of September of the year in which expire the terms of office of these bodies or deputies of these bodies.

Also in the spring session of the heads of factions and the speaker of the house has made a positive review of the governments bill to change parliamentary elections from December to September 2016, which was adopted by the chamber in three readings. The Communist party didn’t support the law.