Deprived of Deputy powers of the member of the faction of the CPRF Vyacheslav Markhayev, said in the state Duma. 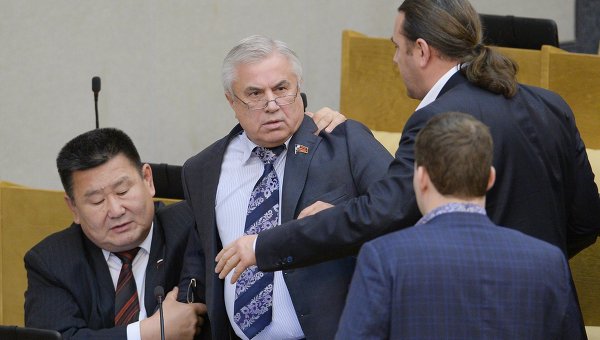 MOSCOW, 16 Oct. The state Duma meeting on Friday prematurely deprived of the Deputy mandate of a member of the Communist party faction Vyacheslav Marhaeva.

Earlier it was reported that Communist Sergey Levchenko who has won elections of the Governor of the Irkutsk region, Marhaeva intention to appoint as his representative in the Federation Council.

Markhayev — honoured worker of law enforcement bodies of the Republic of Buryatia, knight of the order of Bravery honorary citizen of Buryatia, honorary citizen of Ust-Orda Buryat Autonomous Okrug. Is the master of sports of the USSR on free-style wrestling. Headed by a Buryat Republican public Association “Nutag” (Osinsky-Bokhansky fraternity). He was awarded the medal of the order “For merits before Fatherland” II degree.