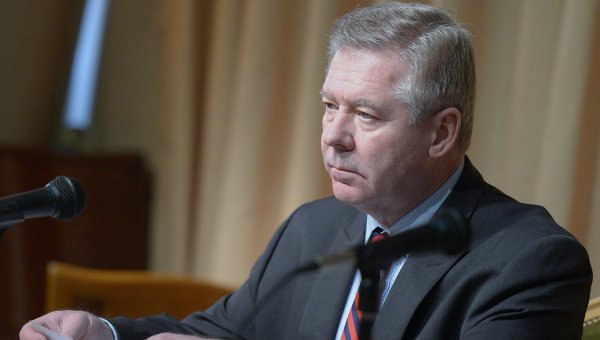 MOSCOW, 17 Oct. The Deputy foreign Minister Gennady Gatilov met with Director General of the Food and agriculture organization of the UN (FAO) Jose Graziano da Silva discussed the possibility of expanding cooperation, including through the BRICS and the Eurasian economic Union, said the Russian foreign Ministry.

The meeting was held in Rome in the framework 42-1 session of the FAO Committee on world food security (CFS) that took place 13-16 October.

“In his speech at the plenary session of CFS it (the EU) highlighted the holistic nature adopted by the Committee framework for action on food security and nutrition in protracted crises, representing a useful tool for the coordination of humanitarian relief, rehabilitation, development assistance and build resilience for the future”, — noted in the Russian foreign Ministry.

“During the meeting, Gatilov with the FAO Director-General discussed the challenges for the development of joint project activities in the CIS, in particular, the parameters of implementation of the Russia-supported FAO projects to provide technical support to the governments of Armenia, Kyrgyzstan and Tajikistan in the area of food security and agricultural development, as well as the work of the Global soil partnership. Both sides confirmed their mutual interest in the expansion and the content of cooperation, in particular, with the involvement of the BRICS and the Eurasian economic Union”, — said the Russian foreign Ministry.