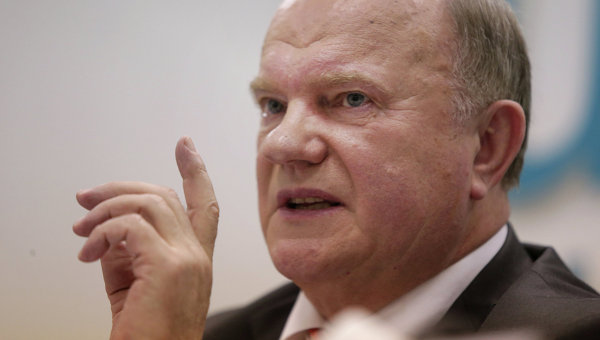 ROZHDESTVENO (Moskovskaya obl.), 17 Oct. The leader of the Communist party list for State Duma elections in 2016 will be determined directly by results of work with voters, said the head of the party Gennady Zyuganov.

On Saturday, the CPRF holds a Plenum, which discusses the tasks of the party for the election campaign of 2016.

“In terms of party districts and heads, they will be determined by the results of working directly with voters. We will make several measurements of a sociological nature,” — said Zyuganov journalists.

According to him, the Congress of deputies of all levels, the second Congress, defines the perspectives and objectives of the party. He noted that the Communist party will gather all his allies and consider their suggestions.

“The results will determine who the top party districts and who will enter at the top of our list,” — said the Communist leader.