At the Plenum of the CPRF Central Committee will discuss the results of the elections on the single voting day, which took place in the regions on September 13. 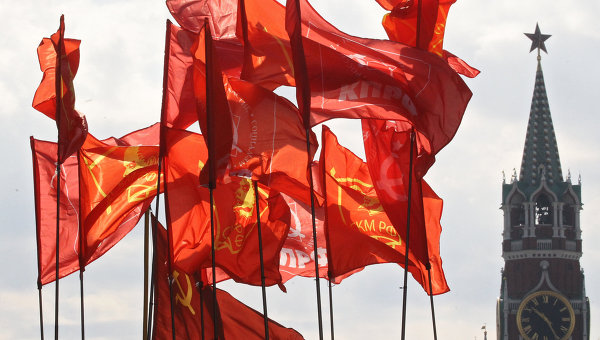 MOSCOW, 17 Oct. The Plenum of the CPRF Central Committee on Saturday to discuss holding the election campaign in 2016.

According to the law, which was adopted in the summer the state Duma and signed by the President of the Russian Federation, parliamentary elections in 2016 will be held on the third Sunday of September.

During the meeting, the head of the Central headquarters of the party at elections Ivan Melnikov will report on the upcoming Federal election. The CPRF leader Gennady Zyuganov will also perform, summing up the discussion, said Melnikov.

He stated the need to soberly, critically to draw conclusions from a single day of voting, which took place in the regions on September 13. “There have been remarkable successes, but there have been and the results can’t be satisfactory. It is important to calmly sort through and strengthen the work in those directions where it is needed”, — the Communist noted.

Melnikov added that will supplied the particular political and technological tasks from the completion of the software to connect to the Arsenal of the Communist party the most modern means of communication. “I also draw attention to the fact that we will discuss some Central, cementing Federal share of the party, which will be held through the entire election year political propaganda thread. Listen to members of the Central Committee about her possible options,” — said Melnikov.

In addition, according to him, the Central Committee of KOFIU will evaluate the events that happen in the world. “Neither the Russian media nor the Western, sounds of class, the Marxist-Leninist assessment of what is happening. This assessment can, should and will give the Central Committee of our party. Including: modern Russia, as capitalist relations. There are so many new things that gives us good prospects in the political struggle”, he concluded.