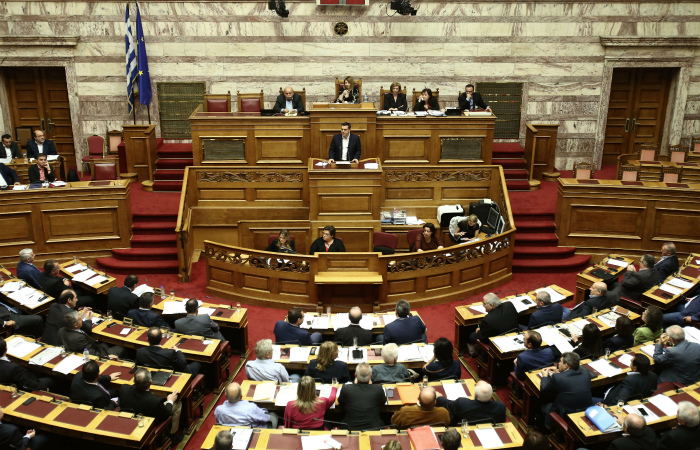 Moscow. October 17. The Greek Parliament adopted a package of reforms, introducing new standards of austerity, as agreed with creditors under the program of financial aid to Athens, reports the BBC. For its adoption voted 154 deputies of the coalition parties.

Earlier was presented the draft budget for 2016. Greek GDP is likely to continue to fall until at least the end of 2016.

The document envisages the reduction of the Greek economy by 2.3 percent in 2015 after rising 0.8% in the past year, and decline another 1.3% in 2016. These estimates correspond to the indicators that formed the basis of the third program of international financial aid to Greece.

The primary budget deficit of Greece without regard to interest payments will amount in 2015 0,24% of GDP, or 418 million euros. In 2016 the Greek government plans to increase gross primary budget surplus at the level of 0.52% of GDP.

Greece’s national debt will continue to grow, despite the statements of international experts on the need to reduce the debt burden on the economy: in 2015 it will reach 181.8 per cent of GDP, in 2016 – is 192.4% of GDP.

Prime Minister of Greece Alexis Tsipras told MPs that during negotiations with creditors on easing the debt burden, the government plans to propose the extension of maturities and reduction of fixed interest rates.

Meanwhile, the current programme of IMF assistance for Greece ends in March 2016, and in the circumstances, the organization may withdraw from further participation in assistance to the country, say Western media.

In July, the IMF report on the analysis of the debt situation in Greece became public knowledge as a result of data breaches. Among various alternatives, the Foundation’s experts suggested a total moratorium on debt payments Greece for 30 years.