Earlier Russian officials stated that Russia will not accept any limitations, violate the rights and freedoms of parliamentarians. 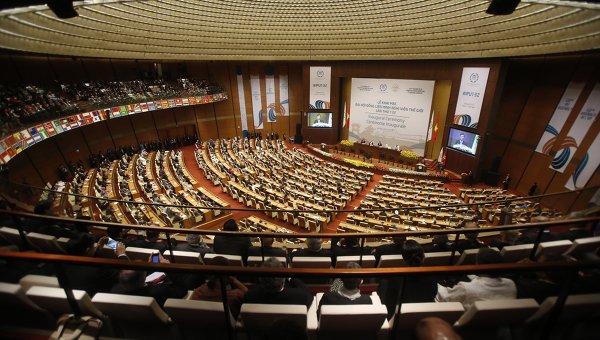 GENEVA, 18 Oct. The governing Council of the inter-Parliamentary Union on Sunday adopted a Declaration on the inadmissibility of sanctions against parliamentarians, said the Chairman of the international Committee of the Federation Council Konstantin Kosachev.

Earlier, the speaker of the Federation Council Valentina Matviyenko stressed that Russia does not accept any sanctions, any restrictions to inter-parliamentary dialogue. The Senator stressed that such decisions violate the rights and freedoms of parliamentarians.

In September, the Russian delegation refused to go to new York to participate in the activities of the IPU since the U.S. government gave Matvienko “truncated visa”. The speaker noted that the inability to participate in the meetings of the organization was not her fault. The Russian delegation also took the initiative against holding international meetings in countries that do not guarantee the participation of all MPs and restrict their activity.