The head of Russia’s Central Bank acts shrewdly and decisively, preventing a major financial crisis and supporting the ruble, writes the German newspaper. 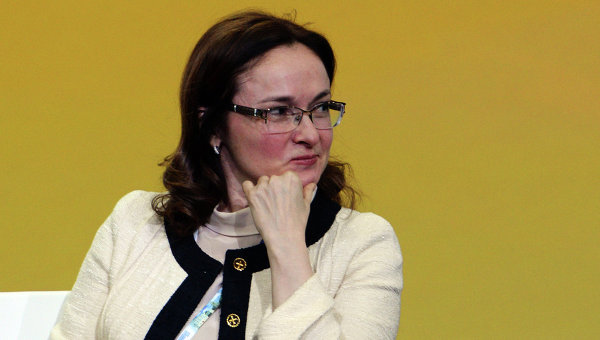 MOSCOW, 18 Oct. The head of the Central Bank of the Russian Federation Elvira Nabiullina with amazing speed and clarity responds to changes in the financial market, for the time of tenure it hasn’t been noticed one time, writes the German newspaper Die Welt.

In 2014 the Russian Central Bank to stabilize the ruble, went to the hard step and raised a key rate with 10,5 to 17 percent. As it turned out later, the methods of the controller proved to be very effective. The Central Bank managed to stabilize the financial system and make speculation in the currency market unprofitable. A major financial crisis was averted.

However, the merits of Elvira Nabiullina not limited to the interest rate decision, although thanks to him, she entered the history of currency regulation. In the “economic storm”, when the country was under the pressure of sanctions, the head of the Bank of Russia managed to take the most reasonable and timely measures to provide foreign currency liquidity to companies and banks were able to repay their external debt, as well as to make a decision on a gradual transition to a floating exchange rate.

Funds that managed to save thanks to Nabiullina, extremely important for Russia, the newspaper notes. Given the fact that the Kremlin is not going to cut military spending and social sector, financial reserves should serve as the conservation budget.

“A brilliant economist, Nabiullina also demonstrates the foresight and forethought”, — emphasized in the article. She stated that, if the volatility of the ruble exchange rate will decline, the Central Bank will begin to replenish reserves. Such a decision would have a very positive impact on the financial situation in the country.

The head of the Central Bank of Russia earlier received an award from Euromoney magazine as the best leader among the heads of Central banks. Elvira Nabiullina deservedly recognized as the best in the world head of the financial regulator, concludes Die Welt.