According to the signed Protocol, the parties agreed to assist in the registration of the Trading house, opening accounts and establishing a system of settlements, ensuring access to infrastructure for the employees of the trading house, said in the Ministry for Far East development. 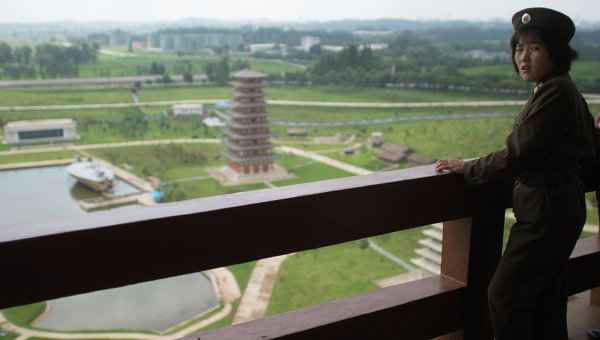 MOSCOW, 19 Oct. International Russian-North Korean trading house with offices in Pyongyang are planning to register before the end of November, according to the signed between the DPRK and Russia Protocol, according to the Ministry of development of the Far East.

Following the visit of the delegation of the Ministry in the DPRK signed a Protocol of the meeting of the co-chairs of the intergovernmental Commission on trade-economic and scientific-technical cooperation between the Russian Federation and the democratic people’s Republic of Korea.

According to the Ministry, the Korean side supported the initiative of establishing an international trading house with office in the city of Pyongyang, proposed by the Russian business. The trading house will optimize the bilateral trade relations, sync Korean and Russian trading platform and to accompany the transaction through Bank partners accredited to conduct trade in national currencies of the two countries.

“According to the signed Protocol, the parties in the period until the end of November agreed to assist in the registration of the Trading house, opening accounts and establishing a system of settlements, in providing access to the infrastructure for employees of trading houses, including in the use of information from electronic trading systems of the two countries”, — stated in the message.