The head of the Kremlin administration Sergei Ivanov said that the use of modern refrigerated containers to transport fish from the Far East will ensure the freshness of both frozen and chilled fish. 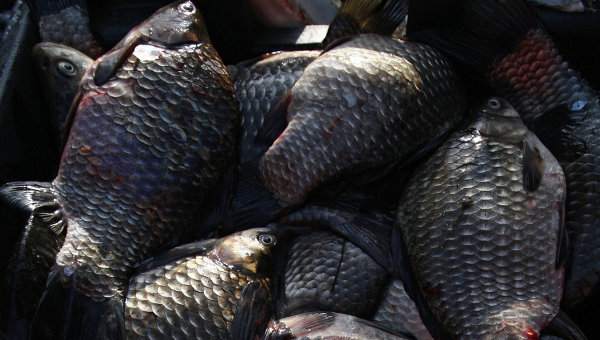 MOSCOW, 19 Oct. Russia must decommission the old refrigerator cars and replace them with modern containers, which can guarantee the preservation of the fish during transportation, said the head of the Kremlin administration Sergey Ivanov at session of Presidium of the state Council.

“A surprising fact. I met with the head of Maersk, the world’s largest transportation and logistics company. I asked him question: did you have anything in their refrigerated containers in Russia take?— Of course, we carry. And fish carry?— Carry. — Where?— From Chile,” — said Ivanov.

“Chilean sea bass shipped in refrigerated containers of the Russian Federation. Look at the distance, where Chile and where the far East is a tentative title. It is three times closer than Chile. However, sea bass captured our market, right-left sold,” he added.

So Ivanov made for the purchase of new refrigerated containers to transport fish from the Far East. “I support this item, and no matter how much it costs… but as soon as possible these old refrigerator cars, that we’ve ever, in my opinion, in the country and was, to withdraw and to massively purchase the refrigerated containers”, — said the head of the Kremlin administration.

He also noted that the refrigerated containers can be sent by railway, and marine transport as well as cars, when it comes to small distances. Ivanov pointed out that in this scenario, load the containers can be not only frozen, but also chilled fish.

The Minister of industry and trade Denis Manturov, in turn, said that it fully agreed with Ivanov about the need to escape from the refrigerators, because it is not productive. The Minister added that prepared a comprehensive project involving a number of companies, including Uralvagonzavod, “Altayvagonsnab”, “KAMAZ”. “These refrigerated containers are cheaper by almost 25% foreign suppliers. We from the first quarter of 2017 first deliveries are ready to do,” the Minister added.