The speaker of the Federation Council of the Russian Federation Valentina Matvienko at the Assembly of the inter-parliamentary Union called the magazine about the Crimea, which was distributed by the Ukrainian delegation, “cheap grandstanding”. And reminded that several European delegations have visited the Peninsula. 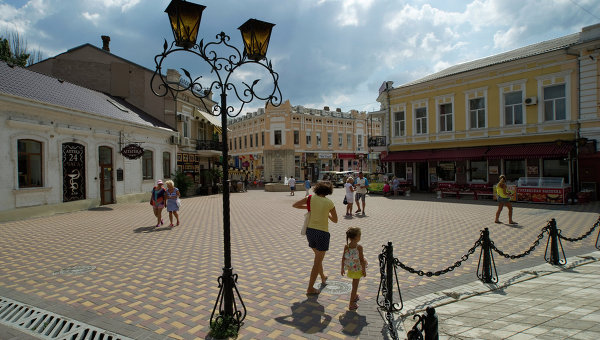 GENEVA, 19 Oct. The speaker of the Federation Council of the RF Valentina Matvienko invites all to come to Crimea to see the situation on the spot and make sure that “there are no tanks”.

Ukrainian delegation at the parliamentary Assembly of the Union distributed a magazine about the alleged occupation of Crimea by Russia.

“This cheap piece of propaganda, which was published in Washington,” said Matvienko reporters on Monday.

She stressed that the Ukrainian side “not even smart enough” to print this material. “It’s a total lie, Russia faced a tough information war”, — she declared.

“We encourage everyone to come to the Crimea, and to make sure that there are no tanks”, — said Matvienko.

She noted that several European delegations have visited the Peninsula and were surprised at the lie that was spread earlier on the situation in Crimea.

Speaking about the attitude to the Ukrainian journal, the speaker stressed that “on this garbage nobody paid heed, even disgust, many did not want to take it in hand”.

Crimea became a Russian region after the March 2014 referendum in which the overwhelming majority of people at that time still Ukrainian autonomy, does not recognize the legitimacy of coup d’etat in Ukraine, voted to return to Russia. The Ukrainian authorities have completely stopped with the Russian region of sea, air, rail, bus and freight. Also stopped the supply of food and water.