The program overhaul of apartment living in Tatarstan included about 15.4 thousand houses with total area of nearly 65 million square meters. Annually on its implementation will be sent up to 5 billion rubles. 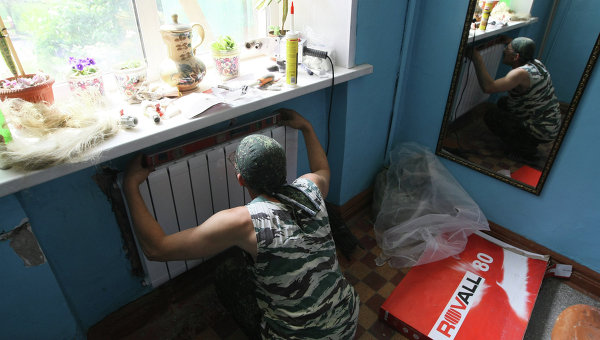 KAZAN, 19 Oct. Irina Durnitsyna. The program overhaul of apartment buildings in 2015 is made in Tatarstan, for repair 999 houses sent to more than 4.7 billion rubles, said first Deputy Minister of construction, architecture and housing Alexey Frolov.

Regional program overhaul of apartment houses (MCD) was launched in Tatarstan in 2014 and is designed for 30 years, until 2043. The program includes about 15.4 thousand houses with total area of nearly 65 million square meters. The program is adjusted not less frequently than once a year. It is assumed that annually on its implementation will be sent up to 5 billion rubles.

For each house, there is a specific period of overhaul, determined types of work. In particular, the programme is carried out repair of intra house engineering systems, porches, roofs and basements, relating to the common property, repair and replacement of Elevator equipment, insulation and facade repair, installation and replacement of communal metering devices, repair of the fire protection system and so on.

“The work on the program overhaul of apartment houses 2015 completed at all sites. Now we are working on elimination of defects revealed during the acceptance Commission, and preparing homes to commissioning”, — Frolov said at a meeting in the government of the Republic.

In the program of major repairs of 2015 took part 42 of the municipal formation of the Republic (not involved only three districts). Just renovated 999 multi-apartment houses with a total area of 5.9 million square meters, managed to improve the living conditions 240,9 thousand inhabitants of the Republic. The resulting savings in the program for 2015 includes additional 30 houses.

In 2014 within the framework of the regional programme of capital repair of the refurbished 816 MCD to the amount of 4,69 billion.