On October 19, 1945 the English writer George Orwell in the article “You and the atomic bomb”, published in the British weekly Tribune, for the first time used the phrase “cold war”.

About how to develop the global geopolitical, economic and ideological confrontation between the Soviet Union and its allies, on the one hand, and the United States and its allies on the other – in the material.

In a formal setting, the phrase “cold war” was first used by Bernard Baruch, Advisor to US President Harry Truman, in a speech in the legislative Assembly of the state of South Carolina April 16, 1947.

Widely known and commonly used this term to articles by the American journalist Walter Lippmann in the New York Tribune. In November 1947, Lippman released a separate book called “the Cold war. About U.S. foreign policy”. 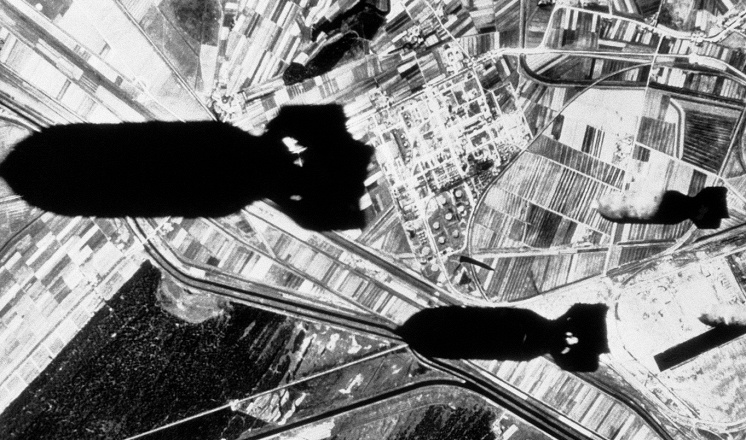 An unnecessary war
World in figures and facts

After the Second world war the USA and the USSR have established their spheres of influence, securing their military-political blocks (NATO and the Warsaw Pact).

The conflict between the socialist and capitalist systems accompanied by a race of conventional and nuclear weapons. In 1970-ies both sides have made efforts to defuse international tensions and arms control. The end of the cold war, mainly due to political and social changes in the USSR and other socialist countries.

March 5, 1946 Winston Churchill (at that moment the leader of the opposition in the British Parliament) said in his famous speech in Fulton (USA, Missouri), which put forward the idea of establishing an Anglo-American Alliance to fight “international communism headed by Soviet Russia”. In the USSR this statement was interpreted as the beginning of the cold war.

On 12 March 1947 , U.S. President Harry Truman outlined his foreign policy agenda of the U.S. government, which was expressed in economic, financial and military aid to non-Communist regimes and allowed US to openly interfere in the internal Affairs of other countries and create a network of military bases on their territories. The basis of the Truman doctrine was the policy of containment against the USSR, to put pressure on the USSR and other socialist countries. Beginning with the rivalry between USA and USSR Truman defined as “a conflict between democracy and totalitarianism”.

April 3, 1948 in the USA entered into the action plan put forward by U.S. Secretary of state George Marshall and went down in history as the Marshall plan. One of its main objectives – stabilization of the economy in the European States in order to prevent joining them by the Communist regimes. In the framework of this programme, which operated for four years, assistance was provided to 17 countries in Western Europe worth more than $12 billion Eastern European States under pressure from the Soviet Union refused to participate in it.

4 April 1949 the foreign Ministers of 12 countries (Belgium, Canada, Denmark, France, Iceland, Italy, Luxembourg, the Netherlands, Norway, Portugal, UK, USA) have signed the Washington Treaty (or the North Atlantic Treaty) with the aim of “strengthening stability and prosperity in the North Atlantic region”. The agreement introduced a system of General security. According to article 5, an attack on one of the States parties to the agreement is considered as aggression against all the countries who signed it. On the basis of the paper launched the North Atlantic Treaty Organization (NATO). Its first Secretary General, Lord Ismay had defined NATO’s purpose as: “to Keep America in Europe, Russia – outside Europe, and Germany – in check.”

May 14, 1955 at the Warsaw meeting of European States to ensure peace and security in Europe, the representatives of Albania, Bulgaria, Hungary, GDR, Poland, Romania, USSR and Czechoslovakia signed a Treaty of friendship, cooperation and mutual assistance (Warsaw Pact). In accordance with this document was created a military Alliance of European socialist States – the Warsaw Treaty Organization (ATS). States parties undertook to provide assistance in case of armed attack on any of them, within their territories provided for the deployment of the Soviet army.

August 13, 1961 by the authorities of East Germany began the construction of the wall between West Berlin and Berlin – the capital of the GDR. The total length of wall is over 111 km, height reached 3.6 m, all over she was covered with barbed wire, was guarded by more than 10 thousand troops of the GDR. For 28 years the wall has killed 138 people who were trying to flee the GDR. The Berlin wall was a symbol of the division not only of Germany and Europe, but also a symbol of the cold war.

October 22, 1962 started the Cuban missile crisis is one of the most critical episodes of the cold war. On this day U.S. President John F. Kennedy in address to the nation announced the presence of Soviet nuclear weapons in Cuba and the decision to block island the naval forces of the USA. The Soviet ballistic and cruise missiles with nuclear warheads were deployed in Cuba in response to the deployment of American missiles in Turkey, the UK and Italy, as well as the threat of American invasion to Cuba. The crisis peaked on 27 October, when over Cuba was shot down American spy plane U2.

There was a threat of nuclear war. However, within a few days the crisis was resolved through diplomatic negotiations, the USSR agreed to remove missiles from Cuba and USA was to guarantee the rejection of plans of invasion of the island and to dismantle their missiles in Turkey and Italy.

On 12 August 1970 was signed the Moscow Treaty between the USSR and Germany. It confirmed the principle of inviolability of borders of European States and proclaimed the renunciation of any territorial claims.

22-30 may 1972 the Soviet Union with an official visit, U.S. President Richard Nixon. This was the first visit by the U.S. President to Moscow in the postwar period. The result of his negotiations with Secretary General of the CPSU Central Committee Leonid Brezhnev resulted in the signing of treaties on the limitation of anti-ballistic missile systems (ABM Treaty) and the strategic arms (start-1). In the political Declaration “principles of relations between the USSR and the USA” declared that the differences in ideology and social systems should not be an obstacle to the peaceful coexistence of capitalist and socialist countries.

On 20 December 1974 the U.S. Congress passed the amendment of Jackson-Vanik, which linked trade relations between the countries with the issue of free emigration. It was enacted in the countries of the Communist bloc, after the collapse of the Soviet Union continued in relation to the CIS countries.

11-12 October 1986 in Reykjavik (Iceland) held talks the leaders of the USSR and the USA Michael Gorbachev and Ronald Reagan. The meeting discussed the problem of the cessation of the nuclear arms race. Despite the fact that to reach concrete agreements on arms control has failed, the parties made significant progress in the dialogue on the elimination of medium-range missiles and on the reduction of strategic offensive arms. Subsequently, these agreements have become the basis of the Soviet-American treaties signed in Washington in 1987 and Moscow in 1991. Political scientists consider this meeting the first step on the way to the end of the cold war.

2-3 December 1989 off the coast of Malta on Board the Soviet ship “Maxim Gorky”, an informal meeting of the General Secretary of the CPSU Central Committee Mikhail Gorbachev and U.S. President George H. W. Bush. Discussed the disarmament issues, bilateral relations, the situation in hot spots around the globe. During the talks, Mikhail Gorbachev stated: “the USSR no longer willing to consider the USA their enemy and to declare this publicly. We are open to cooperation with America, including cooperation in the military field”. George W. Bush, assessing the results of the meeting, said: “We are on the threshold of a thrilling new relationship between the USA and the USSR”. During the meeting, did not sign any documents. But reviewers of the time called this summit by the end of the cold war and the most important summit after the Yalta conference in 1945 to discuss plans for the postwar world.