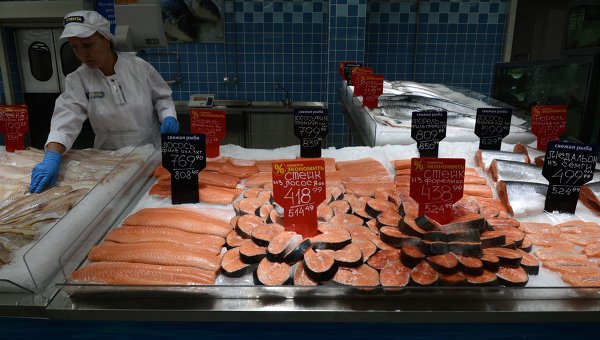 NOVO-Ogaryovo, 19 Oct. The head of the Ministry Alexander Tkachev has proposed to limit in the Russian state procurement of imported fish, we can talk about the market of 32 million consumers.

“The amendments to the fisheries act and the development of infrastructure is only half the battle. Without stimulating consumer demand will be vital. Therefore, the second issue is the limitation of government procurement of imported fish,” said Tkachev at session of Presidium of the state Council on development of the fisheries industry, which leads the President Vladimir Putin.

“We have 32 million consumers — ranging from kindergartens, schools, hospitals, universities, to the Armed forces and emergency services. If we can ensure government contracts and the purchase of the domestic fish and food in General — meat, milk, vegetables — it will be a major shift for our market and a signal that the government is interested in the production and supply,” the Minister said.