In January-September 2015 in the framework of the regulations were carried 163234 passenger growth over the same period of the previous year was 434,6%, reported the Siberian district information center. 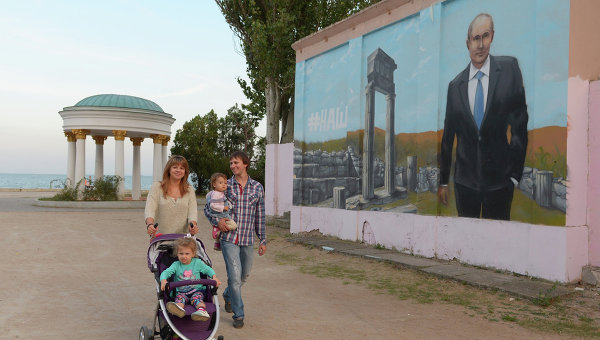 NOVOSIBIRSK, 19 Oct. Passenger traffic on the routes from Siberia to Simferopol at the expense of government-subsidized rates in June-September of the current year compared to the same period last year increased more than four times to 163,2 thousand passengers, said on Monday the Siberian district information center, citing data from the expert group on the development of aviation in SFO.

In accordance with the resolutions of the government of Russia, from June 1 to October 31 of the current year are given the opportunity to purchase tickets at a subsidized rate in Simferopol (Crimea) from various cities of the country, including Siberian.

“In January-September 2015 in the framework of the regulations were carried 163234 passenger growth over the same period of the previous year was 434,6%. The greatest number of passengers on the route Novosibirsk-Simferopol and back — 99455 people (+428,1% to January-September 2014)”, — stated in the message.

A significant increase in traffic on the Crimean direction can also be observed in airport Irkutsk (19389 passengers, growth — +569,3%) and Krasnoyarsk (20539 passengers, growth — +380,4%). In 2015, the program of subsidizing air in Crimea was first included Tomsk. In the first year, the airport served 12602 passenger on the route from Tomsk to Simferopol and back.

Crimea became one of the most popular destinations for Russian tourists after the reunification of the Peninsula with Russia in March 2014. Federal and regional authorities have positioned the development of the tourism industry as one of the development priorities of the region, activity in the Crimean direction show Russian airlines and tour operators.