According to the Moscow exchange, MICEX index to close penicillata 1716,08 points, the RTS index fell to 868,72 paragraph on the background of falling of the ruble and the falling price of Brent crude oil. 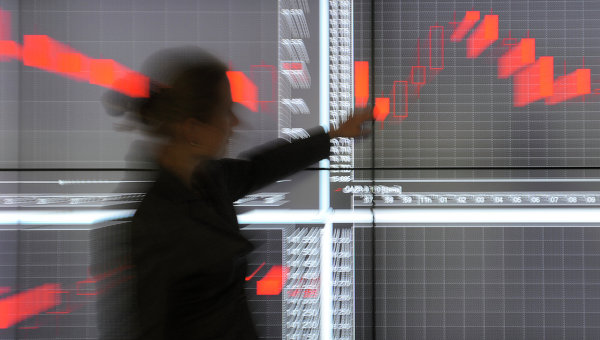 Shares of “inter RAO” rose by 1.14% against the background of growth of export of electricity by the company for 9 months by 40%, to 13.5 billion kWh.h. Electricity imports decreased by 56.9% and amounted to 1.2 billion kWh.h.

Shares of M. Video, one of the largest Russian retailers of electronics and home appliances, declined by 1.14%, despite the increase in retail sales in January-September 2015 2.2% compared to the same period last year — up to 127,726 billion.

When this adjusted sales “M. Video” for the nine months increased by 4.6% to 130,667 billion. The index reflects adjustments to sales under IFRS for the revenue account for goods, prepaid in 2014, but delivered to buyers in 2015. In the third quarter, the revenue of the retailer increased by 10% to 47.5 billion rubles.

Shares of Uralkali fell by 8,93% on exclusion from the list of securities included in calculation of index MSCI Russia (in the second half of the trading day fell 9.3%).

Index provider MSCI excluded the stock of Uralkali MSCI Russia index due to the fact that the company’s free float fell below 15%. The changes will come into force on 21 October of the current year.

About a similar perspective was reported at the beginning of October, when summing up the preliminary results of the buy back, Uralkali under buy back bought 21,98% of its shares

To overcome the resistance zone 1740-1750 points on the MICEX index the Russian market should gain a positive, says the analyst “Zerich capital Management” Elena Shishkina. While emerging markets will see corrections to their October growth by 10.6% (by index EEM), she adds.

“We recommend not to hurry with purchases. If you follow the logic of technical analysis at least 1690 points on the MICEX index this week we should see,” notes the analyst.

In the Russian stock market has a moderate correction, said trader brokerage service of RosEvroBank Dmitry Mirensky. “We recommend to close long positions in the shares, as the main positive factors are already taken into account in the market, and the slightest negativity may encourage investors to more sure lock in profits,” he said.

From a technical point of view, the Russian index MICEX index still stands at a crossroads, says Vasily Oleynik from “Ah Ti invest”. “If we see a close two consecutive days below the mark of 1690 points, will open the road for a more significant correction. Meantime, investors should only partially close long positions,” he said.

However, Sergey Kochergin of the company Exness believes that excess liquidity in the markets in the coming weeks could push the MICEX index in the area 1750-1800 points.

As the analyst notes, the September macroeconomic statistics in Russia according to Rosstat and the MAYOR was better than expected and created the preconditions for the reduction of 30 October, the key interest rate in the Russian Federation by at least 50 basis points.

At the same time, zero inflation in the U.S. and the decline in the annual growth rate of the Chinese economy from 7% to 6.9% in the third quarter of 2015 will contribute to saving in October the U.S. Federal reserve key interest rates in the range of 0-0. 25%, he said.