According to the Association of European operators of underground gas storages, the filling level of stores increased to 52.84% 52,58% as of October 18, when in Ukrainian underground storage facilities were 16,275 billion cubic meters of gas. 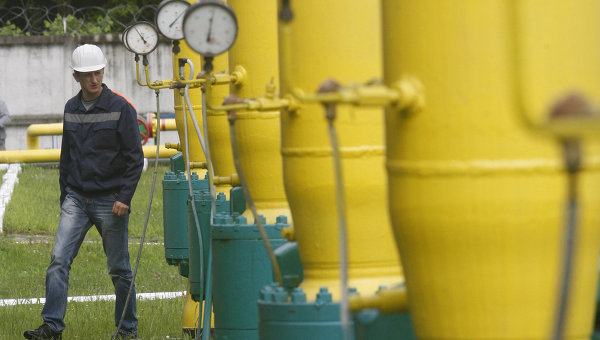 MOSCOW, 19 Oct. The volume of gas in underground storages (UGS) of Ukraine on October 19 amounted to $ 16,355 billion cubic meters, an increase for the day 0.49%, according to data on the website of the Association of European operators of the underground gas storages (GSE).

According to GSE, the filling level of stores increased to 52.84% 52,58% as of October 18, when in Ukrainian underground storage facilities were 16,275 billion cubic meters of gas.

The head of “Gazprom” Alexey Miller, on 9 October announced the agreement with “Naftogaz of Ukraine” for prepayment and the scheduled resumption of gas supplies. The Ukrainian side has sent to Gazprom an application for the supply of 2 billion cubic meters of gas in October. “Gazprom” on October 12 received from “Naftogaz” of $ 234 million prepayment for delivery in October and resumed gas exports to Ukraine after a three-month break.

An additional agreement between “Gazprom” and “Naftogaz” provides for the waiver of contractual conditions “take or pay” for the period up to 31 March 2016. In addition, the possibility for Ukraine to take gas in the daily mode of up to 114 million cubic meters.

In the first half of 2015 Ukraine has purchased 3.7 billion cubic meters of Russian gas. In July, August and September, Naftogaz bought gas from Russia. The Ukrainian side is not satisfied with the price, with the discount of $ 40 had to be 247,17 dollars per thousand cubic meters. During this period, Ukraine was the cost of gas purchased on the reverse.