According to a VTSIOM poll, 61% of Russians feel empathy towards people from the Middle East, the majority of respondents lay the blame on the United States in a protracted war in Syria. 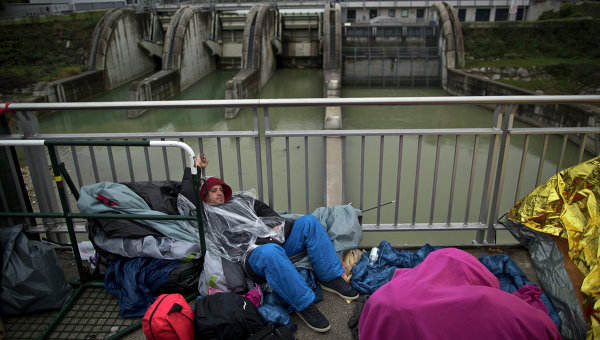 MOSCOW, 19 Oct. More than thirds of Russians blame the U.S. in immigration crisis that has engulfed the EU; the majority of Russians feel sorry for refugees, according to a survey conducted by the Russian center for public opinion research (VTSIOM).

According to the survey, 36% of Russians believe: that people are leaving the Middle East in the European Union, largely to blame US policy, 16% of the respondents lay the blame on the authorities of the countries of the Middle East, countries where there is war, 9% consider the reason for the policy around the world, 6% of Russians blame the European Union, 5% ISIS, 2% of respondents believe that people blame themselves or their forced military operation, 1% blame NATO and the Western coalition, 24% of Russians were undecided.

The fact that in the European Union since the beginning of the year profit of more than 700 thousand people from the Middle East, and according to some estimates, can come 5 million people, knows 38% of the respondents, 48% of respondents heard about it, but don’t know the details, 12% had heard in the first and 2% participating in the survey were undecided, according to polls.

According to the study, 61% of Russians feel empathy towards people from the Middle East, 21% of respondents remain indifferent, 5% of Russians have a respect, 4% Express sympathy and feel the same antipathy, 3% were convicted, and 1% admitted that they experienced Schadenfreude. Another 5% of respondents were undecided.

“Society for the majority of the questions showing solidarity. No pronounced polarization of opinions on the “pros” and “cons”, although the range of these opinions is quite wide. It is a sign of a healthy society”, — quoted the Russian public opinion research center head of Department of monitoring research of Oleg Chernozub.

The initiative Russian opinion poll was conducted on October 10-11, 2015, polled 1,600 people in 132 settlements in 46 regions, territories and republics of Russia. The statistical error does not exceed 3.5%.