The fairway on the river Zeya in the Amur region limits the draft of vessels and volumes of cargo traffic and dredging requires 250 million rubles per year, and hardware that is not present in the region. 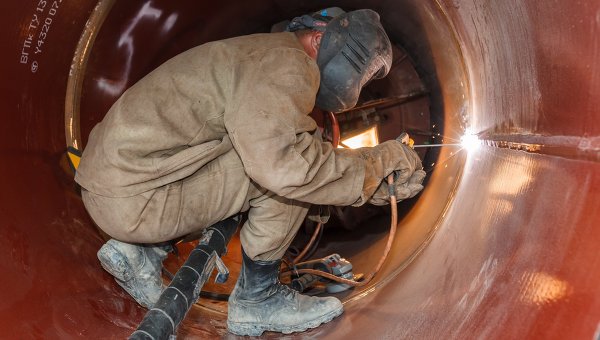 MOSCOW, 20 Oct. A key export project, Gazprom — the construction pipeline “Power of Siberia” in China is faced with logistical challenges, writes on Tuesday the newspaper “Kommersant”.

Gazprom proposes to conduct dredging on the river Zeya in the Amur region, as the existing channel limits the draught of vessels and volumes of cargo transportation, told the newspaper’s sources familiar with the outcome of the meeting in the Ministry of transport in the framework of the plan of measures on state support of construction of the gas pipeline “Power of Siberia”.

But, as tell sources “Kommersant”, the Agency reacted to the initiative of “Gazprom” skeptical, noting that the cost of dredging operations on Zee — 250 million rubles per year, and this money in the Federal budget, and related equipment in the region.

At the moment, enter the “power of Siberia” is planned for 2019, Amur ili — not earlier than 2022, that is, the total cost of the dredging during the period could reach 1.7 billion. Instead, the Agency suggested “Gazprom” to think about raising river barges with a draught of up to 1.3 m under a foreign flag.

Carriage of goods by see is needed not only for pipeline construction but also for delivery of equipment for the Amur gas processing plant, which will be built near the city Free. Now the fairway allows for the transportation of barges with a draught of 1.1-1.3 m, but barges of this type were scarce, and dredging will make it possible to attract and court a draught of up to 1.7 m. According to interlocutors of the newspaper, the carrying capacity of these barges is dependent on the type of vessel, but it may vary 1.5-2 times.

Gazprom, as a rule, enters the tender, for example, for the supply of pipes, conditions of their delivery to the region, and the contractor receives a fixed fee for transportation costs. “If it does not fit — it’s his problem,” – says one of interlocutors of the edition, however, noting that completely ignore the interests of contractors “Gazprom”.