The imposition of sanctions against Russia makes the Russian companies even more dependent on Western funding believes Russian economist. 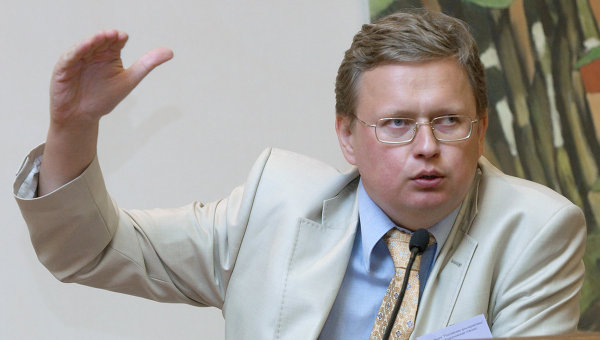 MOSCOW, 20 Oct. Many successful Russian companies have come under foreign influence due to borrowing from abroad, said Director of the Institute of globalization problems, doctor of economic Sciences Mikhail Delyagin.

A number of Russian companies use foreign, mostly Western funding, resulting in pressure from the outside. “Debtor, whether he likes it or not, begins to depend on the lender. What’s more: it objectively, outside of his desire must dispel all suspicions of the lender or the issues that remained unclear to him, and therefore is forced to provide the most complete information. In this position of dependence on Western creditors and almost completely rasonalisti in front of them today is almost all big private business in Russia” — commented the economist.

In the introduction against Russia sanctions, these companies are in a more vulnerable position. “The sanctions imposed against us, as far as can be judged, simply for the fact of existence of our society (it is worth remembering that the EU, for example, has introduced a second package immediately after reaching the efforts of Russia of the Minsk agreements, and in violation of its own procedures), repealed in the foreseeable future will not be. Accordingly, the dependence of the Russian business before the creditors will not result in the resumption of funding, and the increased destructive pressure” — said Delyagin.

Registration of the main part of Russian private companies outside of Russia is a matter of serious concern to society, however, Delyagin, few people pay attention to the importance of considering not only where registered a company, but also where the appeal of its shares.

As an example of the negative impact of this environment on the business economist leads the company “LUKOIL”, which is technically “perfectly Patriotic”. “However, 63% of the shares issued so-called American Depository receipts (ADR) – derivative securities, indicating the belonging of the respective shares to a foreign investor. The share of the ordinary shares account for only 37% of the share capital of LUKOIL,” writes the economist, indicating that as a result of this situation, the company, in fact, is under external control.