The MICEX index can accelerate the movement to the nearest support in the range 1680-1700 points due to the moderately negative picture for oil, analysts say. 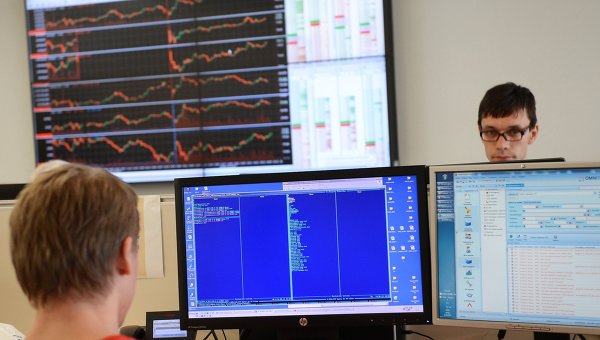 MOSCOW, 20 Oct. Elena Likova. The share market of the Russian Federation and the ruble in the beginning of the day consolidated at the level of previous values with a possible small reduction due to the oil price that fell below $ 49 per barrel mark Brent.

The opening of the Russian share market on Tuesday is expected to near its previous close, the near-term, the MICEX index will continue its fluctuations revealed in last week’s trading range, says Oleg Steps from “solid”.

Obstacle to further growth of the MICEX index acts as a resistance zone 1740-1750 points, and as a psychological support stands at the turn of 1700 points, he adds.

It is expected the opening of the market with insignificant change on the MICEX index in the range 1715-1720 points, said Vitaly Manzhos from the Bank “Education”. The nearest significant time to 1700, 1690 points, as the resistance will make a mark 1730, 1745 points, he adds.

“Probably after the neutral start of trading, the MICEX index will move in consolidation mode. Ambiguous external background is not conducive to directional movement of the Russian market in the first half of the day,” — says the analyst.

However, Ilya Frolov from PSB believes that the opening of trading on the stock market Tuesday may pass in a slightly negative area in view of the next wave of decrease in the markets of raw materials and lack of significant momentum in global equity markets.

“Given the moderately negative technical picture on oil, we think today the MICEX index may accelerate the movement to the nearest support in the range 1680-1700 points. Again poorly can look like stocks in major banks while maintaining demand for the shares of metallurgists,” he said.

Vladislav Antonov from the company “Alpari” predicts that on Tuesday the dollar exchange rate will return to the level 61,25 ruble, Euro — area 69,50-69,80 ruble.

At 18.00 Moscow time it is expected the speech of the fed Janet Yellen, reminds the trader of Bank “Globex” Andrey Bogun. “Recent statistics for the United States gives less reason to raise rates, but I wonder what she will say. The Euro is likely to trade around current levels. The ruble will follow oil,” he commented.

American stock indices on Monday closed in green zone on the background of finotcheta local companies.

The Russian stock market on Monday fell by major indices on the background of falling of the ruble and the falling price of oil brand Brent.

The dollar calculations “tomorrow” on the basis of currency trading Monday rose by 98 cents to 62,26 ruble, Euro 91 penny to 70.5 rubles, follows from the data of the Moscow exchange.