According to the head of the Greek foreign Ministry, the issues of the pipeline are discussed, and when he comes to the borders of the country, Athens will not prohibit. 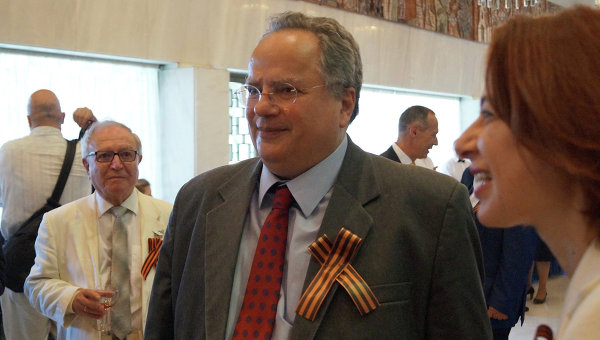 ATHENS, 20 Oct. Gennady Melnik. Greece does not intend to abandon the project of transit of Russian gas to Europe via its territory if Turkey and Russia agree and will hold the pipeline to the border with Greece, said the Minister of foreign Affairs of Greece Nikos Kotzias at a press conference after the forum on the Middle East.

The project “Turkish stream” involves construction of a pipeline from Russia to Turkey across the Black sea. Initially it was assumed the construction of four pipelines in of 15.75 billion cubic meters each, with a total capacity of 63 billion cubic meters per year. Gas first line entirely designed for the Turkish market, the remaining volume will be displayed on the Turkish-Greek border, where it is planned to build a gas hub. Construction was scheduled to begin in June, but the project is still under discussion.

Journalists asked the Kotzias, what issues he will discuss with U.S. assistant Secretary of state for Europe and Eurasia Victoria Nuland and ended the project “Turkish stream” because of the problems in the negotiations between Russia and Turkey.

“Mrs. Nuland is our frequent companion. We Nuland have discussed in detail matters relating to its responsibility, we listen with attention to her point of view and Express our own. We discussed the issue of gas pipeline in new York (the state Department special envoy Amos — ed.) Hostynem, he talked about it with the Minister of energy (Greece edition) by Panos Skourletis” – said Kotzias.

According to him, the issues of the pipeline are discussed. “I told the Americans that the Greek government, if and when the Russian gas pipeline will come to our borders, will not prevent. However, first have to negotiate with Turkey and Russia”,- said the Minister.