Fees, in accordance with the provisions of the initiative, it is proposed to include in the program on minimization of negative influence on the environment. The idea was supported by the head of the Organization for economic cooperation and development angel Gurria. 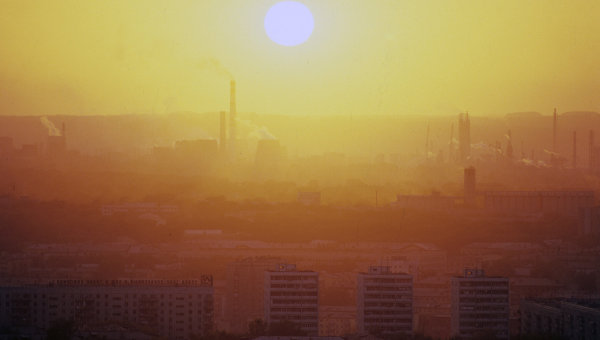 WASHINGTON, 20 Oct. German Chancellor Angela Merkel, French President Francois Hollande, President of the world Bank Group (WB) Jim Yong Kim and the head of the International monetary Fund (IMF), Christine Lagarde called for a global solution to the issue of levying fees for emissions of greenhouse gases to include these fees in the program on minimization of negative influence on the environment, said in a joint statement, the world Bank and the IMF.

“Previously there was no global movement to put a price on emissions at this level and such a degree of unity. This marks a turning point in the debates about economic systems needed to slow the growth of carbon emissions by the implementation of policies and mechanisms taxonomyname, growth, employment and prosperity” — presented in the release, the words Jim Yong Kim.

In an “unprecedented Alliance” to work on the task, in addition to these leaders, also joined the mayor of Rio de Janeiro Eduardo PAES, the Prime Minister of Ethiopia Hailemariam Desales, the President of the Philippines Benigno Aquino III, President of Mexico, Enrique peña Nieto, California Governor Jerry brown.

The idea for the group was warmly supported by the head of the Organization for economic cooperation and development (OECD) angel Gurria.

“They (companies) will help to link the business with the state policy through the group leaders on the eve of the global conference, which will be officially launched in Paris on 30 November 2015”, — reads the communication.

“Worldwide, nearly 40 Nations and 23 cities, States and regions have already implemented this initiative or has tied charge per issue with programmes and mechanisms, covering about 12% of global greenhouse gas emissions. The number of implemented or planned tax on emissions of carbon dioxide have increased by almost two times, starting from 2012, reaching a combined market capitalization of about 50 billion dollars”, — said in a statement.