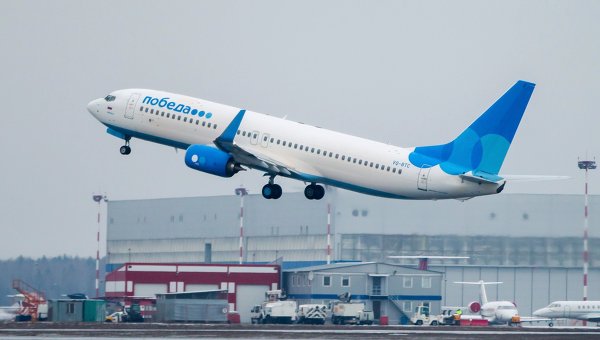 MOSCOW, 20 Oct. Low-cost “daughter” Aeroflot — airline “Victory” plans to apply to operate flights between Moscow, Kiev and Odessa, since the winter schedule of 2015, said a source in the aviation industry.

“Victory” will be served on the Commission on the international distribution of frequencies in the Ministry of transport’s application to perform flights between Moscow and the Ukrainian cities — Kiev and Odessa. Now the aviation authorities of the two countries will conduct the negotiations, the results of which may become a compromise to permit to perform flights between the two countries at least one carrier from the Ukraine and Russia”, — said the source.

Earlier Tuesday, Deputy Minister of transport of Russia Valery Okulov told journalists that the aviation authorities of the Russian Federation is ready to have consultations with their Ukrainian colleagues. In total, the Ministry of transport and Rosaviatsia has sent three proposals to the aviation authorities of Ukraine to hold consultations on the continuation of air links between the two countries after October 25.

Rosaviatsia reported earlier that the airlines of Ukraine has asked Russian authorities for permission to performance of flights in Russia in winter navigation 2015-2016 on four routes: Kiev-Moscow, Odessa-Moscow, Kyiv-St. Petersburg and Lviv-Moscow. In turn, the state aviation service of Ukraine received a letter from the Federal air transport Agency proposing to conduct negotiations on the issues of flights in the winter.

Ukraine earlier said that completely ceases connection with the Russian Federation since 25 October. Ukrainian authorities believe that the Agency without explanation has limited the flights of the Ukrainian companies. However, before that, the Ukrainian Cabinet of Ministers has banned flights to Crimea several Russian airlines, including Aeroflot and Transaero flights to Ukraine from October 25. In response, Russia banned flights by Ukrainian companies.