In addition, according to forecasts from the agriculture Ministry, this year it is planned to collect 300 thousand tons of vegetables more than in the past. Thus, the harvest of vegetables may reach 15.8 million tons. 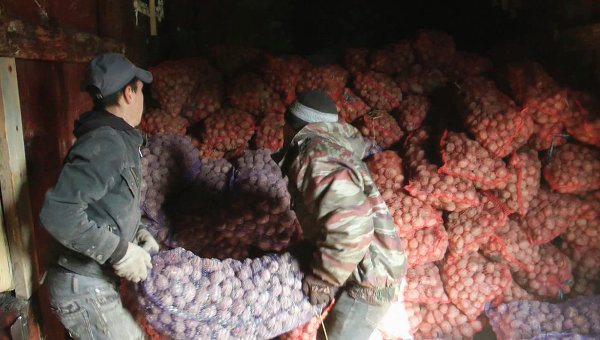 “According to forecasts, the harvest of potatoes in all categories of farms is expected to last year’s level of 31.5 million tons”, — stated in the message Department.

It is noted that as at 19 October 2015 harvesting potatoes in agricultural enterprises and peasant farms is nearing completion. Removed 94% of the area, collected 7.2 million tons, which is 24% higher than the same date last year.

In addition, for the year it is planned to collect 300 thousand tons of vegetables more than last year. Thus, the collection of vegetables will reach 15.8 million tons, the report says.

Today the vegetables in agricultural enterprises and peasants ‘ farms with harvested 83% of the area, collected 3.3 million tonnes.