The decision was made in order for the rational and efficient use of assets of the monopoly producer of tungsten in Uzbekistan, is 100% owned by the state. 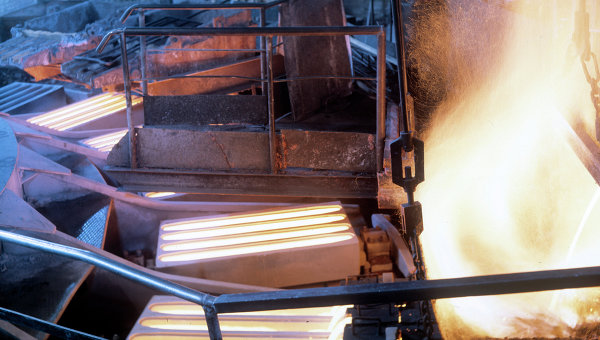 TASHKENT, 20 Oct. The assets of JSC “Uzbek combine of refractory and heat resisting metals” (Uzchtrm, Chirchik, Tashkent region), a monopoly producer of tungsten in the Republic, 100% owned by the state transferred to JSC “Almalyk mining-metallurgical complex”, follows from the decision of the government published in the local press on Tuesday.

Goskomecologii of Uzbekistan jointly with the Executive authorities instructed within two months to arrange uzchtrm state assets in the statutory Fund of AGMK. “This decision was made in the rational and efficient use of state assets of enterprises”, — stated in the document.

Uzchtrm was built in 1956. During the USSR the plant worked with the defense industry and produced hard alloys, powders and rolled metal from molybdenum and tungsten. Raw materials for the production of molybdenum products Uzchtrm gets with AGMK and tungsten products — on the basis of raw material imported from Russia. At the moment the capacity of the enterprise is loaded by only 10%.

In early 2006 for the full download Uzchtrm the government of Uzbekistan approved a programme for the development of tungsten deposits of the Republic for the period 2007-2013 with a total volume of tungsten concentrate production at 2.7 thousand tons. However, for a number of financial and technical reasons for implementing the program to date to start and failed. The production of metallic tungsten on plant in 2014 decreased by 15% compared with 2013 to 83 tonnes.

Almalyk MMC is the only copper producer in Uzbekistan. The enterprise produces refined copper, zinc, lead and molybdenum concentrates and other products. The share of AGMK account for about 90% of silver production and 20% of gold in the country.