While production of diamonds in the third quarter increased by 21% compared with the previous quarter. The company confirmed the plan of diamond production for 2015 to 38 million carats. 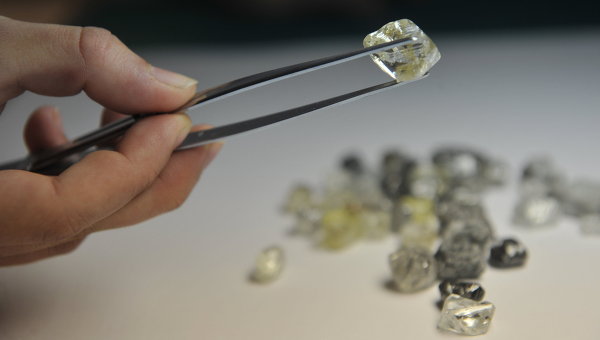 MOSCOW, 21 Oct. ALROSA in January-September 2015 increased diamond production by 16% compared to the same period last year — up to 29,648 million carats, according to the company.

Including in the third quarter the company produced 11,635 million carats, up almost 21% over the previous quarter. The company confirmed the plan of diamond production for 2015 to 38 million carats.

Growth of indicators is connected with increase of diamond production at the underground mine “Mir” pipe after the complex of measures on stabilization of hydrogeological conditions, also on the tube. Karpinsky-1 Deposit. M. V. Lomonosov (OJSC Severalmaz). Among growth factors the company calls the development of the underground mine on a tube “Successful” and continued testing of pipe Botuobinskaya, commissioned in the first quarter of 2015.

ALROSA — Russia’s largest producer of diamonds. It accounts for about 28% of world and 95% of Russian diamond production. The company has operations in the Republic of Sakha (Yakutia) and the Arkhangelsk region, developing 11 kimberlite pipes and alluvial deposits 16. To increase the resource base of ALROSA is engaged in geological exploration in Russia and Africa.