According to the Chairman of the Motherland party, state Duma Deputy Alexei Zhuravlev, “homeland” should ASATI under his wing politicians of a new type. According to him, this applies to various “sectoral” parties and communities. 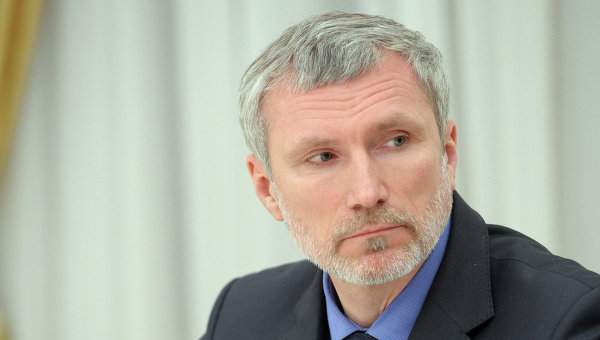 MOSCOW, 21 Oct. The Motherland party ready for the upcoming elections to the state Duma of the Russian Federation to include in their lists of candidates from “industry” parties which have little chances to enter the Parliament, including representatives of parties, athletes, gardeners and those born in the USSR.

According to the Chairman of the Motherland party, state Duma Deputy Alexei Zhuravlev, “homeland” should be “supernova party, which will take under his wing politicians of a new type, which have no place in an outdated system of political coordinates”.

He explained that this concerns, primarily, various “sectoral” parties and communities, including business, industrial, agricultural, environmental. “Hand on heart, I must admit: there is no chances to pass in Parliament the parties of gardeners, farmers, citizens, women, motorists, environmentalists, taxpayers born in the USSR, sportsmen and so on. We offer them the balloting for the election on the rights of broad autonomy, we offer them a place within the ranks, ready to include their candidates in our listings,” said Zhuravlev, speaking at the party Congress.

“Homeland”, thus, offers industry parties, common cause, which is the real protection of the interests of wide circles of voters” — he noted.

In an interview with reporters, Zhuravlyov explained that the party provides a broad coalition. “So if you want a new political formation, it is not what did the Communist party, including the bloc of Communists and non-party, no it’s not, we invite other people to go to our lists and, of course, we will form a district with this account”, — said the Chairman of the party.

Zhuravlev noted that now the party creates a “club of political rivals”. “They are competitors, but this does not mean that they cannot at a certain stage to be partners. We believe that in this club we will find the interaction system, which will go on and on. We negotiate, and how this idea was born,” said he. According to the politician, on the specific forms of interaction still hard to say. “We are forming a staff to take care of this in December, I think, will be the Congress”, — said Zhuravlev.