On Wednesday was canceled air operator certificate Transaero, however, all liabilities of airlines to passengers, despite the cessation of flights will be achieved. 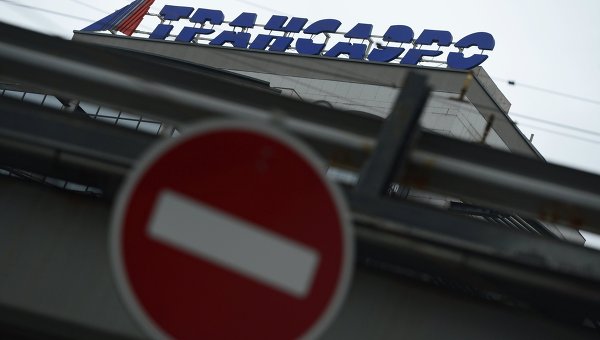 MOSCOW, 21 Oct. The airline “Transaero”, being in a difficult financial situation and lenders one by one, began to file in recent days, claims for the recognition of the carrier’s bankruptcy, will lose their operator’s certificate and will not be able to operate flights since October 26, however, the group of S7 airlines, said the day before about plans to buy at least 51% of actions “Transaero”, keeps plans of the asset.

Transaero airlines has been unable to service debts, which form together with the leasing obligations of about 250 billion rubles. Sale of tickets for the flights are stopped. Its passengers are transported mainly group airlines “Aeroflot” and other carriers.

Rosaviatsia did some time ago for checking the “Transaero”. Its results on Wednesday morning announced the Minister of transport of the Russian Federation Maxim Sokolov.

“Yesterday Rosaviatsia has concluded the review, and experts signed a statement in which the further activity of the company “Transaero” becomes impossible. So this morning signed the order for revocation of the air operator certificate of the company “Transaero” since October 26 of this year”, — said Sokolov in interview to TV channel “Russia 1”.

Minister Sokolov in the same interview to a TV channel on Wednesday assured that all obligations to passengers “Transaero”, despite the cessation of flights from October 26, will be fulfilled.

“All passengers who have tickets, as we’ve talked about this before, will be transported on flights of “Aeroflot” or the flights of other Russian airlines, which in this situation will be your goto guy”, — said the head of Ministry of transport.

According to him, remained to transport about 150 thousand passengers with tickets Transaero, and by October 26 they will be less than 100 thousand. He noted that it’s not impossible, and the situation is under control.

“All passengers holding tickets until 15 December inclusive, will be transported in appropriate directions,” said Sokolov.

Under the wing of “Siberia”?

Approved in September the government plan for the transfer of 75% of actions “Transaero” state “Aeroflot” for the subsequent reorganization fell through, because shareholders are on the verge of bankruptcy of the air carrier are unable to collect the required package of shares by the expiry of the offer. Now, however, Transaero is still operating under the management of “Aeroflot”.

The officials, sources in the market and lenders “Transaero” speak with a single voice that bankruptcy is the only way of salvation “Transaero”. Statements about the bankruptcy of air carrier appealed to the court of Sberbank and Alfa-Bank.

But on Tuesday evening it became known that a controlling stock “Transaero” buys group shareholder of S7 airlines Vladislav Filev. “CEO and co-owner of the group (S7 Filev — ed.) signed an agreement to purchase not less than 51% of actions “Transaero”, — said Tuesday night the representative of the group. To comment further, he refused.

Co-owner S7 Natalia Fileva said on Wednesday that shareholders retain group plans to buy the airline “Transaero”, despite the planned revocation of the latest certificate of the operator.