The meeting will be devoted to discussing the results of uniform day of voting and objectives for the upcoming parliamentary elections of 2016. The program of the meeting includes round tables and business games. 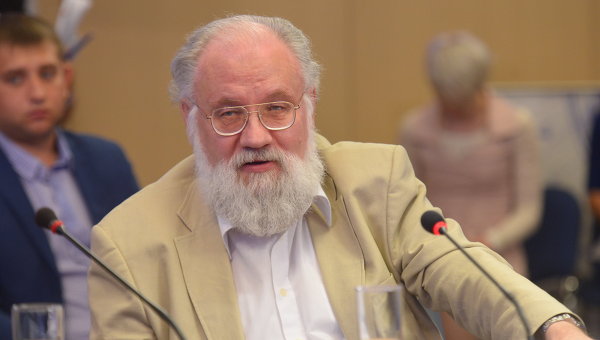 YALTA, 21 Oct. The results of the recent Russia September 13, the single day of voting and preparations for the upcoming 2016 elections of deputies of the state Duma will discuss in the framework of the meeting of the Central election Commission of the Russian Federation with the Chairpersons of the Russian regional election commissions.

The forum the organizers of the elections held in Crimea and Sevastopol from 21 to 23 October. The first day program includes a plenary session, which will take place in Yalta. It is planned that during the meeting, will be made by the head of the CEC Vladimir Churov, and his Deputy, Leonid Ivlev and Stanislav Vavilov, Commission Secretary Nikolai Konkin and other members of the CEC. To participate in the event are invited representatives of public authorities, political parties and public organizations.

Earlier, the Chairman of the CEC Leonid Ivlev told journalists that the meeting will be devoted to discussing the results of uniform day of voting and objectives for the upcoming parliamentary elections of 2016.

“We will run in the new legislation, and to identify the problems that arise”, — he noted. According to him, more than thirty representatives of political parties said that they wanted to come to the plenary session, each will speak.

On the second day of the forum in Sevastopol will take place “a round table” on topical issues of organization and conduct of elections. Among them, the interaction between election commissions and political parties, verification of the submitted candidate information, problems opening accounts of the election and the formation of election funds, the handling of complaints and litigation.

In the program of the third day in Yalta scheduled business game for chairmen of election commissions and representatives of political parties, which will be simulated the voting day at the polling station.

“We are, figuratively speaking, run or a dress rehearsal — what happens in the voting room on the voting day… We want to create a truly model the situation, then this model of the situation will be filmed, which will be sent to all electoral commissions,” — said Ivlev.

He noted that in the framework of the business game will be simulated and non-standard situations — provocation at a polling station, attempt to remove observers.

Expected to complete the three-day event press conference of the head of the CEC of Russia.