On the background of yesterday’s announcement that the controlling shareholder of the group of S7 airlines Vladislav Filev has signed an agreement to purchase not less than 51% of actions “Transaero” the company’s shares soared by 187%. The Deputy Minister of Finance expects that the Central Bank “will check it out”. 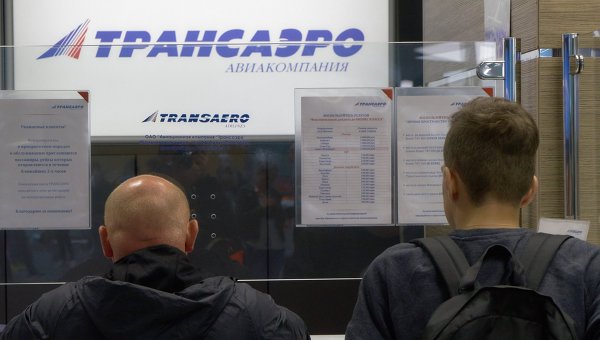 MOSCOW, 21 Oct. Deputy Finance Minister Alexei Moiseev expects the Bank of Russia will most likely check the progress of trading of shares of “Transaero” on Wednesday for market manipulation.

On Tuesday evening it became known that the group shareholder of S7 airlines Vladislav Filev has signed an agreement to purchase not less than 51% of actions “Transaero”. Against this background of the action “Transaero” on the Moscow stock exchange soared by 187% to 19.5 rubles. After that growth slowed somewhat, but speculative demand remains high, and the stock airline close to bankruptcy, holding near the highs since the beginning of October.

“I saw what they (the shares of Transaero) have been growing… I think the Central Bank will look at this and check… That the powers of the Central Bank, and for this purpose they have all possibilities,” Moiseev said to journalists, answering the question whether the jump in the shares of the airline to be the result of market manipulation.