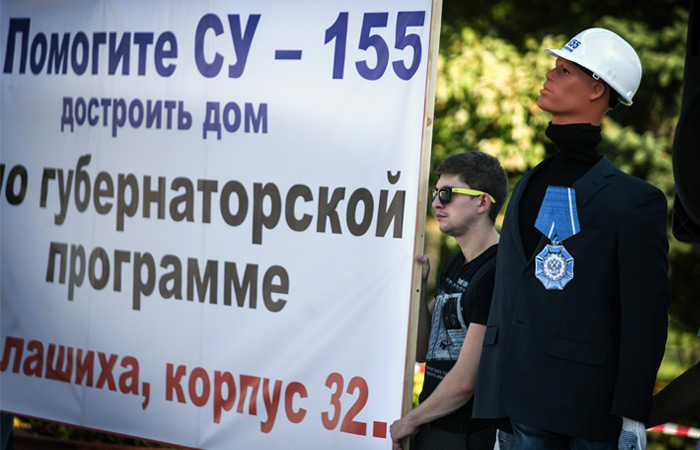 Moscow. October 21. The government of the Russian Federation conducts negotiations with major participants of the market with government support to save individual parts of the business SU-155, said first Deputy Prime Minister Igor Shuvalov.

“The government works with potential partners, SU-155, which under certain conditions and with some support from the government may be, will undertake the salvation of this company, but not as companies, but as separate blocks of business,” he said, speaking with a report on the implementation of anti-crisis plan in the state Duma.

The first Vice-Premier explained that in SU-155 “there are a lot of business, many factories that produce construction materials, lifts, himself a contractor”.

He also noted that the government is working with SU-155 “quiet”. “I don’t give any neural signals,”- said Shuvalov.

“Our priority is the people who signed the agreement with the company and as part of the construction needs to get housing,” – said Deputy Prime Minister. He also assured that the government is doing “everything to ensure that all people have the agreement, this housing got.”