In Russia it is necessary to achieve the constant presence of observers from parties and candidates at all stages of early voting, as was done in Belarus, said Chairman of the CEC Vladimir Churov. 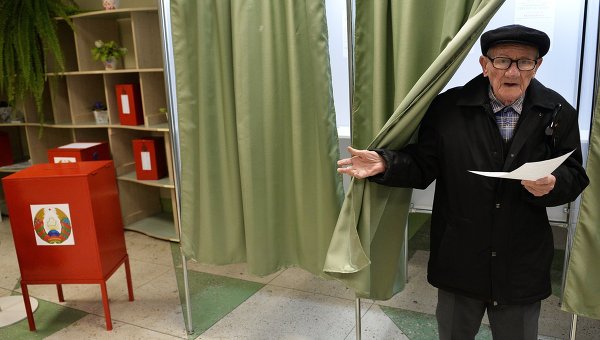 YALTA, 21 Oct. The Chairman of the Central election Commission of the Russian Federation Vladimir Churov proposes to focus on the experience of Belarus in the organization of surveillance during early voting: in the Republic at all stages of the early voting constantly the presence of observers from parties and candidates.

The Duma elections held in 2016 on the third Sunday of September, in uniform day of voting.

According to Churov, the organization of the electoral process in Russia is far from ideal and required level. “We failed to achieve what was done in Belarus — the constant presence of observers from political parties and candidates in all phases of early voting. This should be implemented at all stages of the early voting was attended by mandatory observers, and did not hold out,” said the supervisor at the all-Russian meeting with the chairmen of election commissions of subjects of the Russian Federation.

In his view, the norm of the presence of observers at all stages of the electoral process should be enshrined in law.

The supervisor pointed heads of regional election commissions to enhance the transparency of early voting.

Presidential elections in Belarus took place on 11 October. In accordance with Belarusian legislation, five days immediately before the election is held early voting. For the period from 6 to 10 October at the election of the President of Belarus voted 36,05%. The procedure for early voting is traditionally the target of criticism by opponents of the current government, which I urge voters to reject this form of expression.