Most European airlines are forced to reduce their capacity in the coming winter season, said the Chairman of the aviation Committee of the AEB, the CEO of AirFrance Guillaume glass. 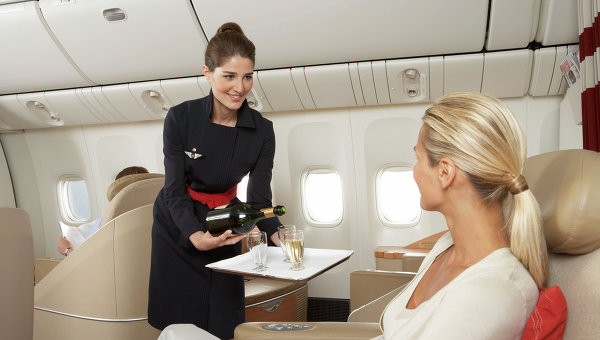 MOSCOW, 22 Oct. European airlines because of falling demand for air travel will reduce freight capacity in Russia in November (the month when the airlines start to fly in the winter schedule 2015-2016) 25%, said the Chairman of the aviation Committee of the AEB, the CEO of AirFrance Guillaume glass.

The decline in carrying capacity means either reducing flights or the route less big liner.

“In connection with reduction of demand for flights between Russia and Europe, caused by the devaluation of the rouble and, as consequence, decrease of purchasing power, but also because of the sanctions affecting business between Europe and Russia. In November 2015 European airlines would reduce by 25% the number of seats (load factor-capacity — ed.) compared with last year,” said glass.

Since the end of last year, many world airlines have reduced their transportation to Russia or even retired. Thai Airways ceased to fly from Bangkok to Moscow Cathay Pacific from Hong Kong, the Israeli EL AL from tel Aviv to St. Petersburg, Aigle Azur, from Paris to Moscow, Niki from Vienna to Moscow, easyJet from London and Manchester to Moscow. Emirates airlines stopped flying to Russia on the largest aircraft in the world A380.