Raised from new investor funds will be directed towards the development and production of the third generation YotaPhone, spending on demand creation in priority markets, and the financing of access to new markets. 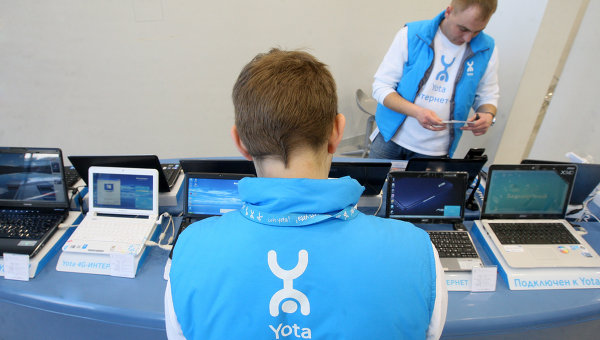 MOSCOW, 21 Oct. Sell 64% stake in Yota Devices (manufacturer YotaPhone) the Hong Kong investire Rex Global is associated with a new stage in the evolution of the company and will allow the developer to develop faster in Asia, and will open up access to financial resources on foreign exchanges, said the CEO of Yota Devices Vladislav Martynov.

REX Global has also entered into an option agreement with two other shareholders (25.1 percent — GC “rosteh”, 10% — Martynov and management company) about the possibility to buy out their shares.

Details of the agreement were not disclosed it is because Rex Global is a public company and it is the rules of the Hong Kong exchange on information disclosure, said Martynov. However, according to him, the details of the option can be revealed through one and a half to two months. Martynov also did not comment, is interested in selling its stake.

After the change of the largest shareholder will retain Martynov, CEO of Yota Devices and will be included in the management bodies of REX Global.

A new stage with a new investor

According to Martynov, the company’s management at the request of Telconet within one and a half years was engaged in search of the investor, addressed to the company and funds from various regions — Russia, the Middle East, America, Canada, Asia. Their price proposals were more modest than REX Global, said Martynov.

The search for a new investor was related to the fact that the company has entered the next stage of development, when further plans she needs strategic shareholder.

“It is normal business practice for any startup to attract different types of investors at different stages of development of the company,” he said.

“We are for 3.5 years with zero created the asset in a completely new field, which in Russia never have been engaged, has released two generations of the phone have created a large portfolio of patents, built a global infrastructure of sales. Telconet has supported us all of 3.5 years from the earliest stage of company creation, funding our development. But at some point we reached a certain point of maturity, when for further global expansion, for further development we need a different type of investor — strategic,” explained Martynov.

“We chose the company that can give not only a one-time, and system access to investment and credit resources, which not only can help with business development in the Asian region, and who believes in us, our product, our idea, the prospect of a phone with two screens. A company that sees us as potentially a global player, comparable to big brands. We’re one step closer to our goal — to build Russia’s global brand in the smartphone market,” — said Martynov.

“We have repeatedly stated about their achievements, and now it was an independent investment company from Hong Kong that appreciated this asset and confirmed our belief that we have the potential, we have a future and our asset is 154 million dollars”, — said the head of the company.

According to him, still REX Global is not invested in companies that produce electronics. “For REX Global is entering a new market,” said Martynov.

Management will not change

According to him, the management structure of the company with arrival of the new controlling shareholder does not change, the headquarters remains in Moscow. “Russian management remains in control of the company,” said Martynov. Also, according to him, Moscow will remain the center of development, it will remain the Russian team, which is now engaged in the development of the next generation of smartphones, which will be released in the end of the second quarter of 2016.

How to change the composition of the Board of Directors, Martynov did not comment on.

What the investment is going

First is the development and production of the third generation of the YotaPhone. The second area is spending on demand creation in priority markets such as China and Russia to increase the share of YotaPhone. In addition, the funds will be used to Finance access to new markets (YotaPhone now sold in more than 20 countries).

“We want to add new regions, new countries with the release of the next generation phone. I think that having a partner will help with marketing in the Asian region,” — said Martynov.

“We plan to significantly large volumes of sales and production YotaPhone3 compared with YotaPhone2. Thanks to the recently concluded deal with ZTE, we plan to produce at their capacity not tens or hundreds of thousands, and millions of phones” — said the head of the company.