French leader Francois Hollande said that Greece must pursue the necessary reforms to start negotiations about the debt relief. 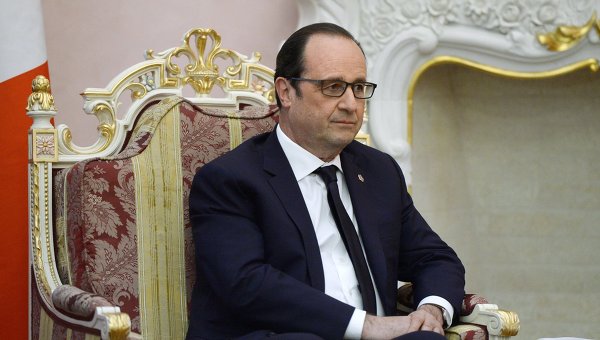 ATHENS, 22 Oct. Gennady Melnik. French President Francois Hollande said that Greece must continue to meet its obligations, and the next step is to start discussions on its national debt.

Hollande on Thursday arrived in Athens on a two-day visit. The President was accompanied by five Ministers and a group of entrepreneurs. In Greece expect from Hollande’s expressions of support for the government of Alexis Tsipras and investment.

The French leader at the beginning of the visit, laid a wreath at the monument of the unknown soldier on Syntagma square near the Parliament, reported the Athens news Agency.

“This visit is support and friendship,” the President said after the ceremony journalists.

“Greece and France share a common history, France fought to Greece joined the European Union, and struggling to remain in it”, — said Hollande.

To the question about the discussion of the national debt, he responded that “France certainly intends to raise the issue at the negotiating table to ease Greece’s debt burden, and Greece needs to implement the necessary reforms”.

Lenders promised to Athens to begin talks on easing debt after the commencement of the reform programme on the third programme of assistance. Program with a volume of 86 billion euros was signed in July 2015 after lengthy negotiations. Hollande has played an important role in reaching an agreement. As reported earlier, Prime Minister of Greece Alexis Tsipras, he three times walked away from negotiations, and three times he returned to the table Hollande.

The issue of debt was raised and the formal reception at the presidential Palace.

“Greece will fully respect its obligations”, — said the President Prokopis Pavlopoulos. According to him, however must be changes relating to the sustainability of Greek debt.

Pavlopoulos touched on the problem of refugees and noted that it needs to be addressed from the point of view of solidarity and cooperation in Europe.

The President urged Europe to be more active, and France to use its authority to stop the war in Syria, which creates the problem of refugees and is a source of a humanitarian crisis.

Pavlopoulos also called upon to solve the Cyprus problem in a manner that will ensure the sovereignty and the European course of Cyprus.

“Greece will remain in Europe and in the Euro area, will honor she expressed her confidence,” said Pavlopoulos.

“France in all important moments of Greek history was on the side of Greece. France said the EU partners that we need to make the right decisions. We know the efforts of the Greek people and the reforms of recent years, but reforms must continue. The next step will be the discussion of the debt, it should start. My visit has another purpose — to persuade French companies to invest in Greece. The goal is to create jobs. Who loves Greece, investing in Greece. I arrived in Greece knowing the seriousness of the situation. By helping Greece, we help Europe,” said Hollande.

Speaking about the refugees, he said that the war in Syria has led to the fact that “more than four million refugees wandering around Europe.” “The solution must be political, and France will contribute to this,” said Hollande.

With regard to Cyprus, it is a purely European issue, it concerns the member countries of the EU, which must be maintained, said Hollande.

On Friday, Hollande will speak in Parliament, at the University of Athens and hold talks with Prime Minister Tsipras.

The visit of the French President was the main topic in the Greek media. In anticipation of his visit to Athens were taken increased security measures. Order to the center support about a thousand policemen. According to a source in the government, three days before the visit by the decision of the Greek police and at the request of the French secret services the whole territory near the University of Athens cleared have settled there addicts. After the departure of Hollande’s security measures will be cancelled.