Too bad that there is no mechanism for monitoring the implementation of the plan, said the Deputy of the state Duma from “United Russia”, member of state Duma Committee on economic policy Yelena Panina. In her opinion, the crisis management plan is necessary to provide and for 2016. 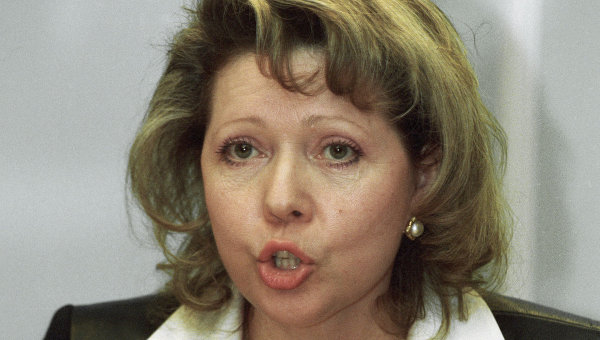 MOSCOW, 21 Oct. The Deputy of the state Duma from “United Russia”, member of state Duma Committee on economic policy Yelena Panina considers it necessary to strengthen the responsibility for the failure of the government anti-crisis plan.

The Cabinet of Ministers of the Russian Federation and the Central Bank on Wednesday reported to the state Duma about the anti-crisis plan for the first half of 2015. Reported on the meeting of first Deputy Chairman of the government Igor Shuvalov, the head of the Central Bank Elvira Nabiullina and the head of audit chamber Tatyana Golikova.

“We should be more rigidly accountable for non-realization of anti-crisis plan, strengthen the responsibility for its failure. It’s too bad that there is no mechanism of control,” said Panin.

The MP stressed that the chamber “pretty tough” made in the plenary, but it affects only one part of the problem on the implementation of anti-crisis plan, with associated budget costs.

“In General, the implementation of anti-crisis plan virtually no one controls the way it should be in times of crisis,” — said Panin.

However, she believes that the need to provide new anti-crisis plan for 2016. “Naturally, this event should extend to the socio-economic forecast”, — said the MP.