Russian President Vladimir Putin will deliver a speech before participants of the 12th annual meeting of the International discussion club “Valdai”. 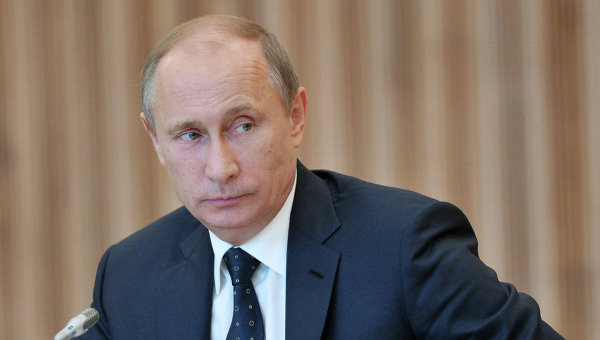 KRASNAYA POLYANA (Sochi), 22 Oct. The President of the Russian Federation Vladimir Putin on the new model of AVTOVAZ “Lada-Vesta” arrived to the venue of the final plenary session of the 12th annual meeting of the International discussion club “Valdai”.

The Russian leader and CEO of “AVTOVAZ” Bo Andersson drove a new car to the venue of the session of the “Valdai”.

As reported, Putin will deliver a speech before participants of the event.

The President has two “Volga” GAZ-21, the car “Niva” and “SKIF”. Putin’s first car — “Zaporozhets”, which he showed to US President George W. Bush at an informal meeting, is already took a place of honor in the Museum.

In August 2010, Putin held a test drive of a Lada Kalina. For four days he traveled from Khabarovsk to Chita inspection on this car. Putin overcame 2165 miles and overall was pleased with the car, but found that about 500 kilometers of the road are subject to major renovation.

And in November 2010, Putin tried in the Leningrad region the car, “Formula-1”: within hours, the Prime Minister ran a racing car on a special track, speeding up to 240 kilometers per hour.

Car usage is often associated with meeting with Putin at the highest level. In 2007, taking the President of France in the suburban residence Novo-Ogaryovo, Putin drove Nicolas Sarkozy on black “Mercedes”. However, he abruptly moved the French journalists compared his style of riding with the hero of the popular movie “Taxi”.

Putin at various times was ruled, and other machinery: combine harvester, train, su-27, the plane-amphibian be-200. In addition, he made a dive to the bottom of lake Baikal aboard the Mir submersibles.