The chamber previously announced the number of comments on the use of Railways funds for the projects of modernization of the Baikal-Amur and TRANS-Siberian Railways. Money credited to the account of Railways in March 2015. On October 1, consumption amounted to 4.4% of the received funding. 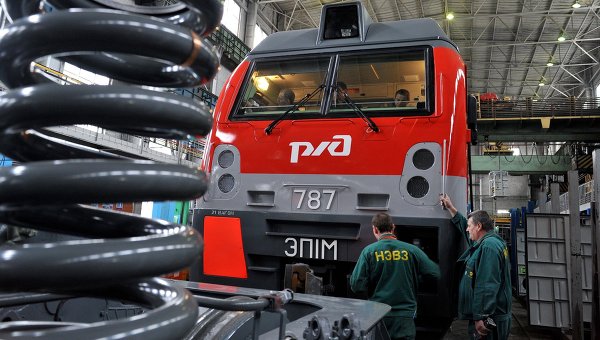 MOSCOW, 22 Oct. The Railways in response to the claims of the audit chamber of Russia on the expenditure of funds of the national welfare Fund (NWF) to Finance the modernization of the Baikal-Amur and TRANS-Siberian Railways believe it appropriate to summarize at the end of the year, said a company representative.

The audit chamber of Russia reported earlier that has some comments on the use of Russian Railways this money on these projects. In particular, according to the Agency, funds are transferred to the account of Railways in March 2015 in the amount of 50 billion rubles. However, as of 1 October 2015 cash flow of funds of the NWF amounted to 2.2 billion rubles, or 4.4% of received funding for 2015.

“Russian Railways has received funds to modernise the Railways East of the landfill in March 2015. We are in constructive dialogue and discuss all issues related to timely allocation and disbursement of funds… the Company notes that it is correct to sum up investing in the end of the reporting period”, — said the representative of the Russian Railways on Thursday.

The Agency interlocutor added that the project, without any doubt, will be completed on time in accordance with all the parameters defined in the passport project.