A labor market analysis showed that the leading index of the attractiveness of the labour force have become the Samara and Rostov regions and the Krasnodar territory. Completing the list of the Magadan region, Chukotka and Yamalo-Nenets Autonomous district. 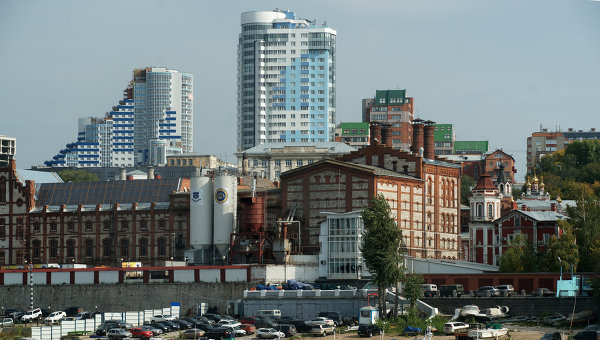 MOSCOW, 22 Oct. Samara region is a leader in the ranking of attractiveness of labour of the Russian regions, according to the data of labour market surveys conducted by the Agency “RIA Rating”, which is the unit of the MIA “Russia today”.

The calculation of the index, according to the compilers of the rating, primarily aimed at identifying regions that are attractive from the point of view of employers and potential investors. However, experts warn that are attractive to employers in the regions are not necessarily at the same time comfortable from the point of view of living conditions for the local population. This index is not the sole indicator of the investment climate in the region, but can be seen as one of its most important criteria, warn the authors of the study.

The addresses of the best frames

The three leaders, in addition to the Samara region, also includes the Rostov region and Krasnodar territory. The countries have a combination of several advantages: a large amount of labor resources and quite high loyalty to the employer, high compared to the national average level of education of the economically active population and not the highest in the country salaries. That is, in these regions it is easy for the employer to meet the needs for qualified personnel, including for technological industries.

The top ten rankings are also Stavropol territory, Chelyabinsk, Volgograd, Nizhny Novgorod, Sverdlovsk, Kemerovo and Penza region. Among them are the Penza region with relatively low unemployment and Sverdlovsk region, where wages are above the national average — these factors do not contribute to the attractiveness of regions for the employer. However, the impact of, for example, high levels of education and economically active population allowed these regions to occupy high positions in the ranking.

Moscow, despite the extremely high rates of quality and quantity of human resources, occupied only 21-e a place, primarily due to high labor costs.

In the near future, according to experts RIA Rating, the situation with the index value for most regions radically will not change because of the inertia of the various indices and low mobility of the Russian population. In the short term to influence the position of regions the level of wages and the dynamics of unemployment, with the most significant this impact might be in the regions of the Urals and Central Russia.

The method of counting

The attractiveness index of the labour force in the regions experts RIA Rating was calculated on the basis of the Rosstat data, regional indicators of the economically active population, data on unemployment, education indicators among the workforce, participation in self-employment, propensity to search for more work, and the wage level in the region and a number of other aspects.

In the process of creating this index were analyzed results 2014 for 83 subjects of the Russian Federation. For share the share of self-employed and seeking additional work, we used data for the year 2013. Republic of Crimea and city of Sevastopol became part of Russia in 2014, therefore not included in the index.