In December last year seized 300 tons of cash. The head of the largest Russian Bank Herman Gref recalled the panic of the population, caused by sending SMS messages. 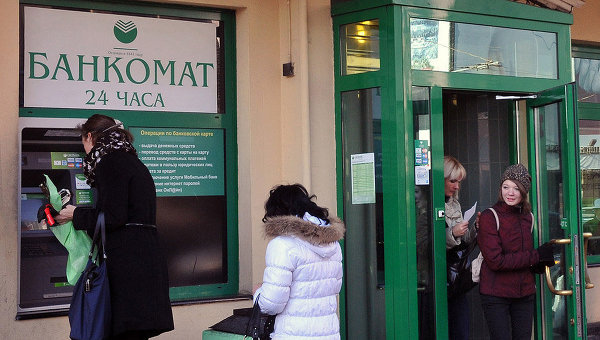 MOSCOW, 22 Oct. The savings Bank for one week in December 2014 lost 1.3 trillion rubles cash or 300 tons of cash because of the panic of the population, given a well-planned attack, said the head of the largest Russian Bank Herman Gref.

“We couldn’t imagine in any stress test that this speed can make our liquidity. For one week out of the savings Bank issued 1 trillion 300 billion rubles. It was a dramatic moment for us,” said Gref, speaking in London at the presentation of the strategy of Sberbank to investors.

In the Bank presentation, shown during his speech, Gref noted that in December last year seized 300 tons of cash.

First, clients of Sberbank in the period of “black Tuesday” of December of 2014 it was sent over 1 million SMS messages about the problems in the Bank, then followed by a second wave of SMS messages, which caused panic among the population and queues at the ATMs of Sberbank, said Gref. “SMS: the savings Bank under sanctions, I have accurate information from Visa and MasterCard that in two days all the card services of the savings Bank will be blocked and your funds will be blocked and withdrawn,” explained the top Manager.

“Unfortunately, it worked and we saw tremendous flow of people to our offices, to each of our ATM machine,” — said Gref, noting that the Bank has the largest ATM network in the world. “And all the things that worked for us in the period of panic (in December due to the devaluation of the ruble — ed.), began to work against us,” he said. “One of us make money using all possible our devices, through our physical branches and our ATMs. Never in a bad dream we couldn’t imagine that possible,” Gref said.

“It would be so bad. The amount of cross-sectional load on our IT system exceeded peak design values three times. We do not in some of our calculations never considered that our ATMs, all of our remote channels can simultaneously suddenly start to make transactions, billions of transactions. And it was a dramatic story,” said the head of Sberbank.