Rosneft has no plans to cut 12 percent stake in Italian refinery Saras, will work to increase its efficiency, said the head of “Rosneft” Igor Sechin. 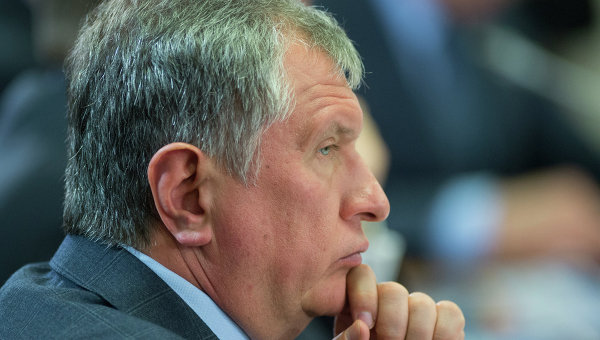 VERONA (Italy), 22 Oct. Rosneft has no plans to cut 12 percent stake in Italian refinery Saras, will work to increase its efficiency, said the head of “Rosneft” Igor Sechin.

Earlier this week, Rosneft announced that it is selling to 8.99% stake in Italian Saras from her pack in 20,99% and expects to gain from the transaction 162,415 million euros. The Italian company is one of leaders of oil refining in Europe and owns one of the largest oil refinery in Sardinia with a capacity of 300 thousand barrels per day (about 15% of all Italian refining capacity).

Rosneft and Saras in June 2013 signed the agreement on creation on a parity basis a joint venture for trading of oil and oil products. However, in August of last year it became known that Saras has postponed plans to create a JV because of the deteriorating relations between the West and Russia.

“Saras is a very good project, but as you know, any economic activity should be associated with efficiency. We are grateful to the leadership of the Saras for what they have created conditions to improve the value. Our decision to sell 9% has a very good economic result. We received income from transactions with a growth of around 53%. In this case, we saved 12% in Saras and in the Board of Directors, actively working on further improving the efficiency of this company and will continue to work,” said Sechin journalists on the sidelines of the Eurasian forum in Verona.