The operator will submit a tariff “Orange” and three batch rate – “Black”, “black” and “The black”, as well as the rate of “Internet devices”. Two weeks since the beginning of the pre-order for the sim card Tele2 has received more than 30 thousand applications. 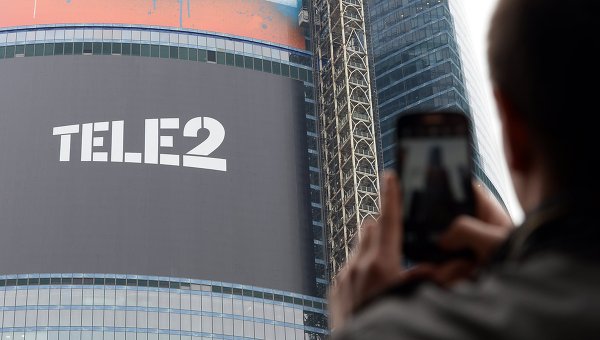 MOSCOW, 22 Oct. Rates LLC “TRTC holding” (Tele2), which begins on 22 October to provide mobile services in Moscow, will be 25-50% lower than those of operators “the big three”, said at a press conference, Director of marketing at the company Roman Volodin.

In the capital the operator will offer tariff “Orange” and three batch rate — “Black”, “black” and “The black”, as well as the rate of “Internet devices”. In the tariff “Orange”, providing for the monthly fee, the cost per minute of calls, sms and 1 MB of traffic will be equal to 1 ruble. The cost of calls will be the same and for calls to other regions or to other operators ‘ networks.

The rate of “Black” with a monthly fee of RUB 99 includes 2 GB of bandwidth and 150 sms, “Very black” for 299 rubles — 4 GB of Internet traffic, 400 minutes and 400 sms to all numbers of the Russian Federation, “The black” for 599 rubles — 10 GB traffic, 1 thousand minutes and sms throughout the Russian Federation. In addition, the company will offer a range of tariff options that will allow you to increase traffic. According to Volodin, Tele2 for two weeks from the date of start of pre-order on the sim card collected more than 30 thousand applications.

First Deputy CEO Alexander Provotorov said that in the Metropolitan area, the company installed 5 thousand 3G base stations and 2 thousand — LTE on frequencies 800 MHz, 2.1 GHz and 2.6 GHz. Most of the BS installed in Moscow, where more capacity is required. At the time of launch it will be available more than 90% of the population of Moscow and more than 75% of the field.

In 2015-2016, the company will focus on expansion of network coverage. “It’s important for us to come to those figures that we have in other regions to ensure coverage of the territory, where more than 95% of people. Further, depending on the speed of the subscriber base set, we will work to increase network capacity,” said Provotorov.

In the first phase the network will not be available in the station, now covered by only five stations (“Zyablikovo”, “Troparevo”, “Business center”, “Belarus”, “Kotelniki”). By the end of the year, the company intends to cover an additional 10 to 12 stations and all stations within 1.5-2 years, said Volodin. According to Provotorov, in 2016 the company intends to build a lot of BS in the shopping and business centers.