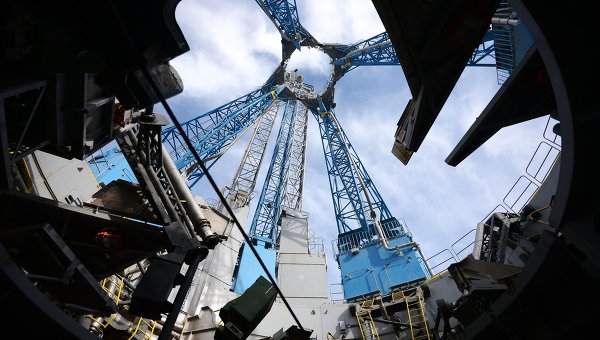 BLAGOVESHCHENSK, 22 Oct. The procedure of transformation of the village of vuhlehirsk near the Vostochny space centre in the town of Tsiolkovsky will need 1.5 million rubles, told reporters on Thursday the Deputy Chairman of the legislative Assembly of the Amur region Olga Lysenko.

“The building gave a positive opinion, the comments of Federal agencies, and now the region comes out with a legislative initiative on the Federal level, expenses of the regional budget for all procedures on renaming will be 1445 thousand rubles”,- said Lysenko.

As reported previously the Amur deputies supported the transformation of the village of vuhlehirsk, next to the construction of the Vostochny space launch centre, in the city of Tsiolkovsky in the region before a law was passed about the change of status of the settlement Uglegorsk by education of the city without change of boundaries.

In financial and economic substantiation to the project of the Federal law stated that of the 1.5 million 500 thousand will be used to manufacture road signs, signs, signage, signs, 65 thousand roubles for change of seals, stamps in the municipal organizations, 400 thousand rubles will require changing the General plan of the city district BUT Uglegorsk. In addition, 300 thousand rubles for a data entry in the state cadastre of real estate.

To name the new town being built near the Vostochny space launch centre in honour of the founder of theoretical Astronautics Konstantin Tsiolkovsky in 2013 suggested that the President of Russia Vladimir Putin, in March 2014 the proposal was approved by the Uglegorsk residents at a public hearing.

In Uglegorsk on January 1, 2015 were registered 6208 people, Tsiolkovsky will be the smallest by population city in the Amur region, but, according to the press service of the regional government, in the next two to three years the number of inhabitants will increase up to 25 thousand people, Aviation will build 42 houses, four kindergartens, two schools, the new city will have more than 30 social and cultural facilities: cafes, shopping malls, hospitals, sports complex.

The Vostochny space centre is being built near the village Uglegorsk in the Amur region, the first launch of the carrier rocket was expected in 2015, the first manned launch in 2018, construction work was planned to end by 30 November. The fourteenth of October, the President of the Russian Federation Vladimir Putin familiarized himself with the progress of the work, stated the lag period and was allowed to postpone the first launch from Baikonur since December 2015 to 2016.