Earlier with the corresponding assignment were made by the President of the Russian Federation Vladimir Putin. Ministry their proposals in the new draft law on additional capitalization of the development Fund of the Far East and the Baikal region have already sent to the Ministry of Finance and economic development. 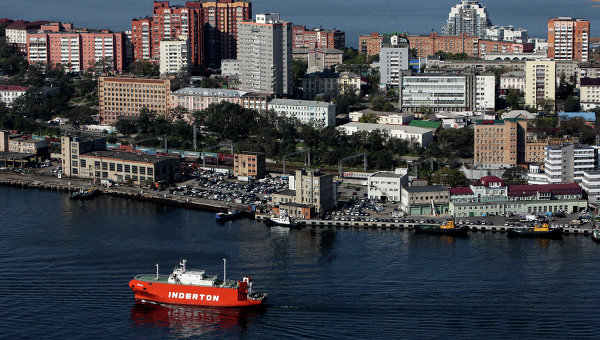 MOSCOW. 21 Oct. Ministry of Russia proposes to conduct a capital development Fund of the Far East and the Baikal region (FRD) generated through the far Eastern development Fund, which will be funded from the tax bill to arrive and met the territories of the Far East, is spoken in the message of the Ministry.

The President of Russia Vladimir Putin instructed the government until December this year to ensure additional capitalization of the development Fund of the Far East and the Baikal region. Ministry their proposals in a new bill has already been sent to the Ministry of Finance and economic development.

“The bill provides a mechanism through FRD established within the framework of the Federal programme for the far Eastern development Fund, by analogy with filling the existing Federal road Fund that will invest in the recapitalization of the Fund only after approval at the government level, specific projects that receive funding,” according to the Ministry.

Thus, the use of budgetary allocations of the Fund, planned to be formed in 2017, will allow in the future up to 2025 to attract more than 130 billion rubles of private investment, to increase the amount of obligatory payments in the consolidated budget of 210 billion rubles and the volume of GRP of the Far East to 620 billion rubles and to create about 14 thousand new jobs.

Currently, the volume of required investment in the projects in the active phase of work and projects that FRD involved is more than 50 billion rubles.

The development Fund of the Far East and the Baikal region, founded by Vnesheconombank, was established in November 2011, its capital is 15.5 billion rubles. The Fund is earmarked for investment projects on a returnable basis.